Earlier this year, Rhenus Project Logistics coordinated the delivery of oversize cargoes destined for LyondellBasell and Covestro’s chemical plant at the Maasvlakte, Rotterdam. 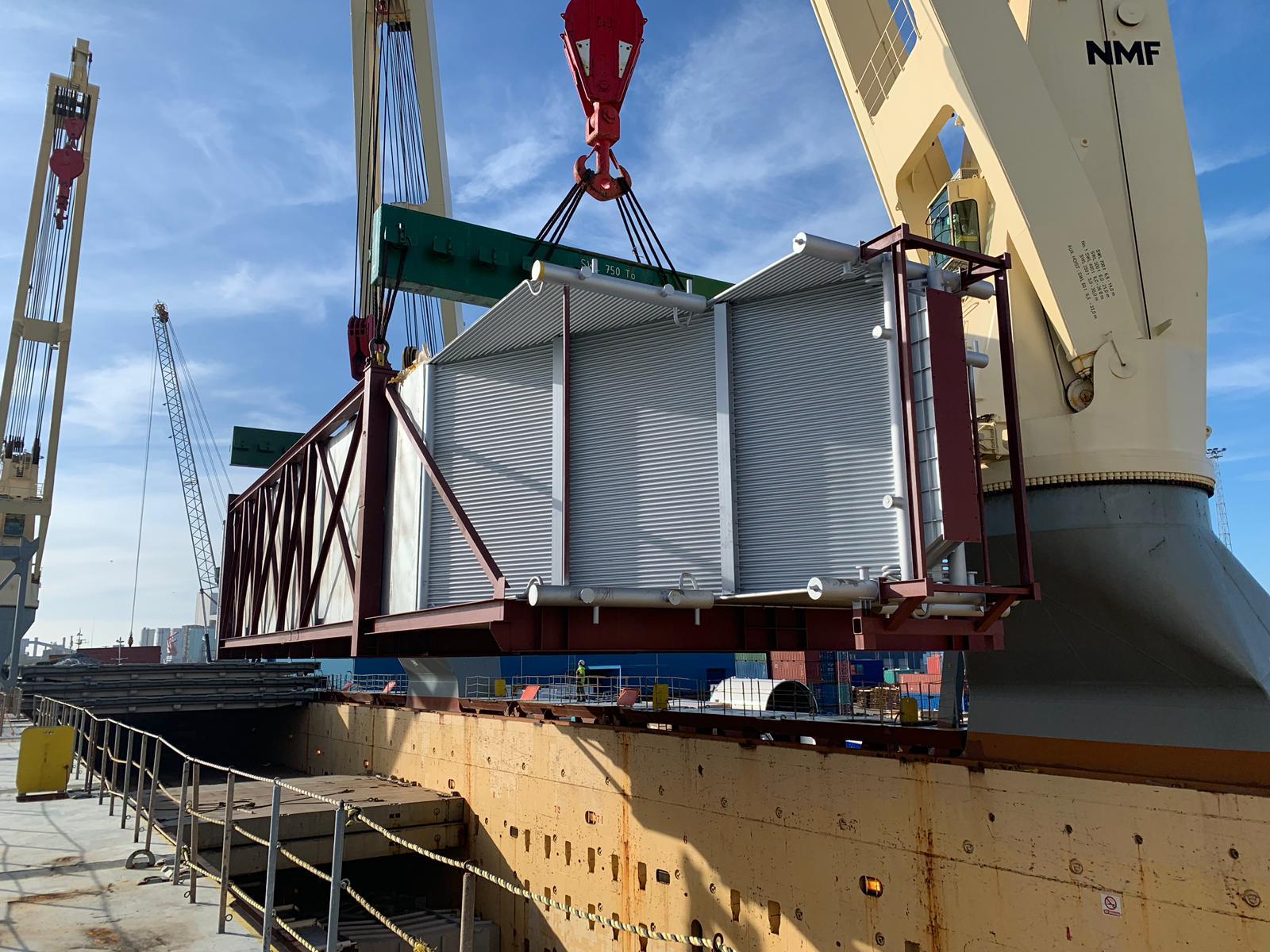 The components were unloaded from SAL Heavy Lift’s vessel Regine at the port of Rotterdam.

The two heaviest pieces, the largest of which weighed 290 tonnes, were offloaded using the ships own cranes directly onto SPMTs operated by Wagenborg.

Rhenus Project logistics discharged the smaller items using its own mobile harbour crane; these cargoes were stored at the Rhenus Deep Sea Terminal, before being delivered to the project site 1.

LyondellBasell and Covestro are investing approximately EUR150 million (USD168.3 million) at the circular steam project – a development where wastewater from chemical manufacturing will be turned into energy.