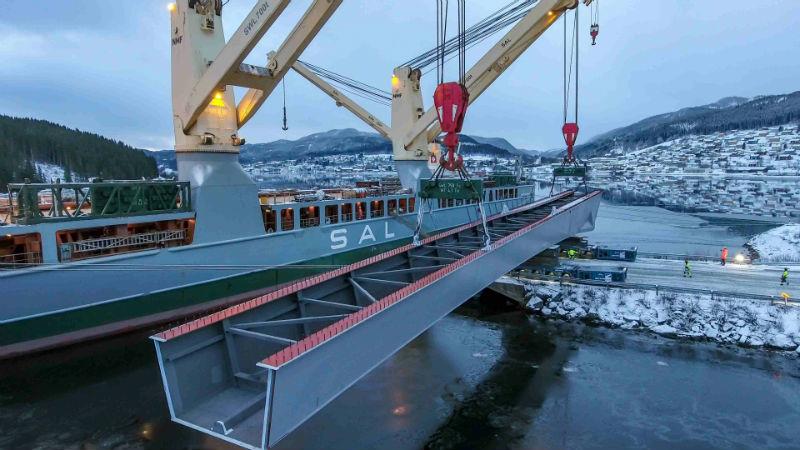 The components were loaded onto SAL Heavy Lift’s vessel Trina in Nantong for onward transportation to Malm, Norway.

Sune Thorleifsson, head of projects at SAL Heavy Lift, said it took 35 days to directly sail to Malm from Nantong in China. Despite the unique conditions in the port of Malm, with an only 20 m-wide jetty and 2 m tidal range, it took just six more days until the 20,668 cu m consignment was delivered to the client, according to Thorleifsson.

SAL Heavy Lift discharged the cargoes directly onto SPMTs in cooperation with its general agent at the port, Alex. Birger Grieg. Due to restrictions at the port, the SPMTs were located 25 m from from the vessel. The bridge sections were then transported to Fosdalen-Industrier’s assembly site.

The last unit was discharged in January 2019.

According to SAL Heavy Lift, the bridge sections will be installed later this year. Once complete, the bridge will measure 580 m in length and will connect the municipalities of Steinkjer and Malm, crossing the Beitstadfjorden.