Sarens and TII team up for Johan Sverdrup move 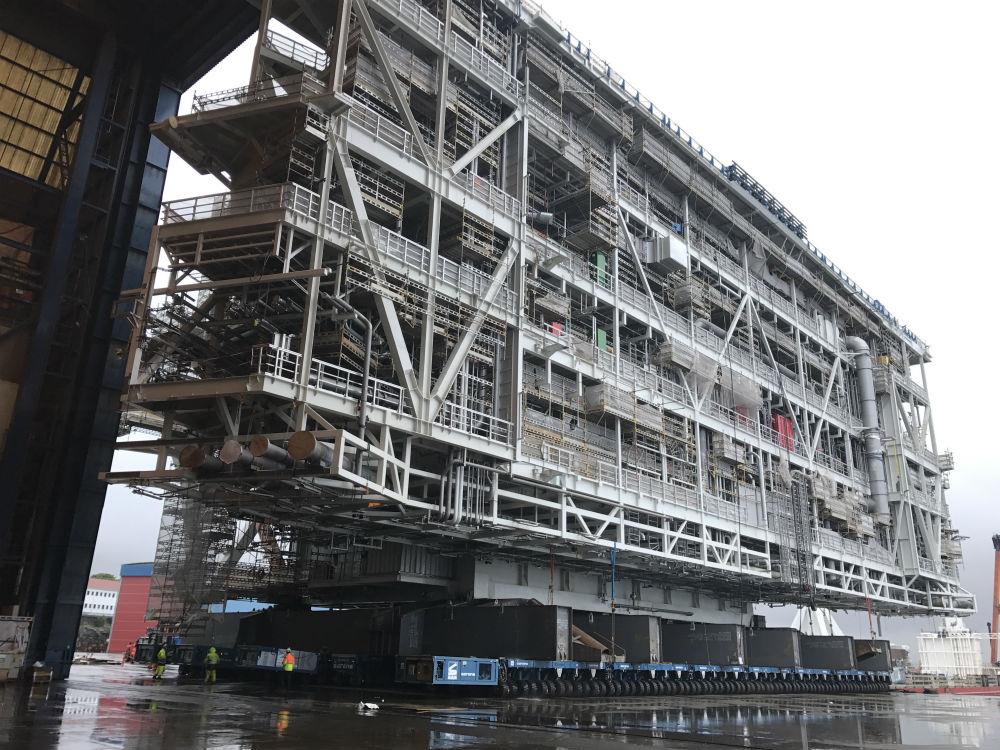 The Belgium-headquartered crane rental, heavy lifting and engineered transport specialist was tasked with jacking, weighing and load-out operations for the project.

Sarens executed the project on behalf of client Kvaerner, which is building the housing platform in partnership with KBR. “Despite heavy rain and high winds, the operation was perfectly executed according to the project plan,” said project manager Tor Arne Naess.

TII Group noted that modules have reached weights of up to 17,200 tonnes. With no sign of this upward trend ending, the only manageable way to complete a load out of this scale is by using SPMTs.

In order to determine the weight of the module, Sarens operators used 32,500-tonne weighing cells. Next, they used four towers of Sarens’ CS5000 climbing system to jack the unit approximately 13 m above the barge deck so that the grillage could be installed.

It took 20 days to complete the rigging, due to the complex cribbing required to accommodate the surface of the underside of the module.

The module will be shipped to the Johan Sverdrup oilfield in the North Sea, off the coast of Norway, in early 2019. It will house over 200 workers and will include sleeping areas, kitchen, dining room, recreational areas, and utility control systems.