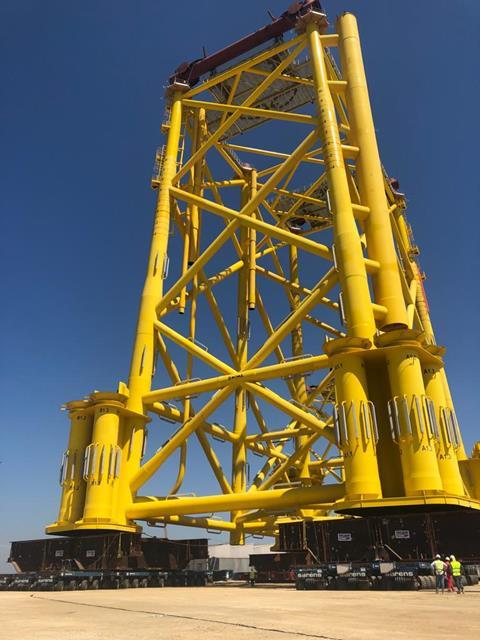 The equipment was mobilised from Belgium and the Netherlands and transported to the load-out site by road. Sarens said that it took around four days to reach the site, five days to assemble the SPMTs, and four days for the ballasting installation.

The two jackets were transported to the quay site from Dragados Offshore’s yard and loaded-out onto the sea-going barge for onward transport.

Teresa Diaz Carlier, site manager at Sarens Spain, said: “The biggest challenge during transport was to avoid any movement of the jacket to ensure that they rest perfectly on each of the support points on the barge.”