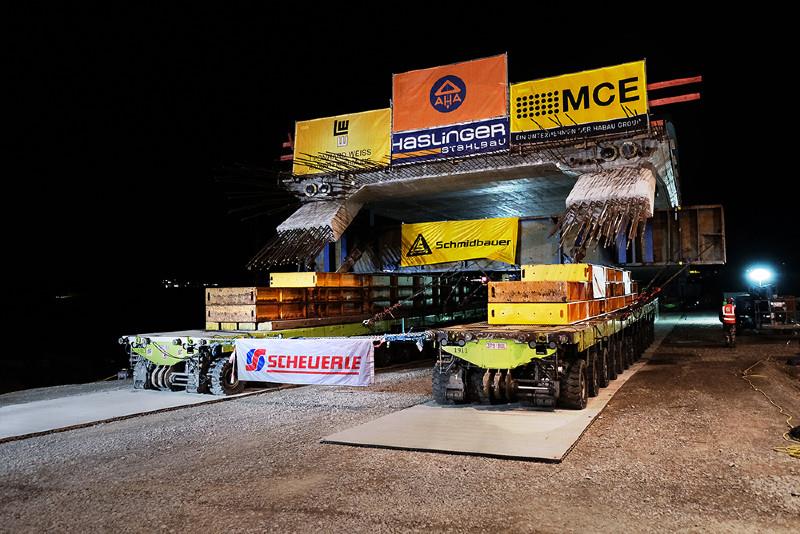 On the night of Saturday May 2, 2020, Schmidbauer took charge of the bridge transport operations. The team had to move quickly because the motorway needed to reopen to traffic on the following Monday morning. “Basically nothing could be allowed to go wrong during transportation," explained Stefan Schmidbauer, managing director.

The company opted for 56 axle lines of Scheuerle SPMTs in order to distribute the load of the bridge, support beams and the sub-structure – as well as the SPMT modules. In total, the combination weighed more than 2,000 tonnes. 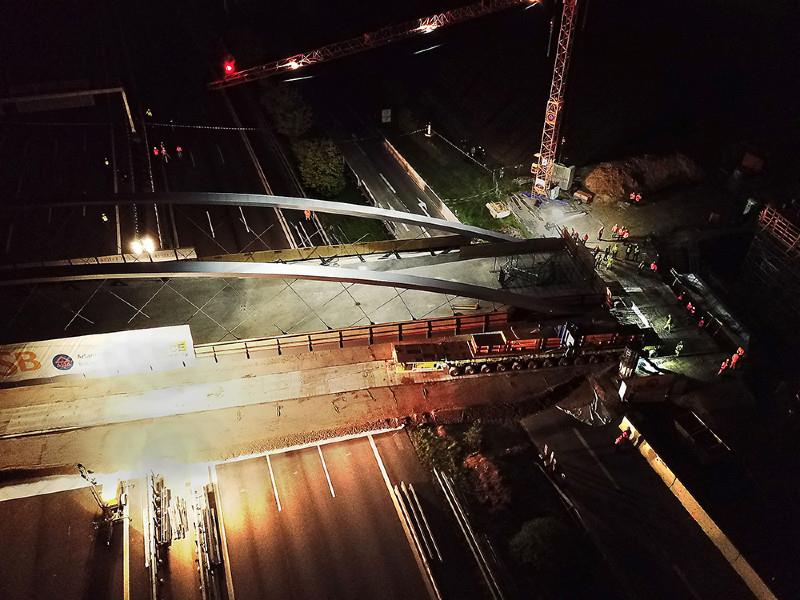 Schmidbauer formed four individual transport platforms using the SPMT modules, each with 14 axle lines that were driven in a loose coupling formation. Four power packs from with a total output of around 2,000 hp provided the drive.

Two hours were required to move the combination from the pre-assembly area to the final installation site – a distance of approximately 150 m. The route was paved but the SPMTs still had to compensate for height differences in both the longitudinal and transverse directions to the road.

“In particular, we had to make sure that the transport did not move into an inclined position due to the difference in height between the two lanes,” said Stefan Schmidbauer.

Scheuerle's service technician, Tobias Vesely, was on hand to assist the Schmidbauer team during the project. "This is not the norm but nothing untoward was allowed to happen during this transport. Traffic flow on the A8 had to recommence on time. If there had been a technical problem, I could have helped immediately,” he said.

The bridge was positioned precisely on four piers, with just 2 cm of clearance. A video of the project can be seen here: