Sea Cargo Logistics has transported equipment from Guadalajara in Mexico to Suape, Brazil for a metro project. 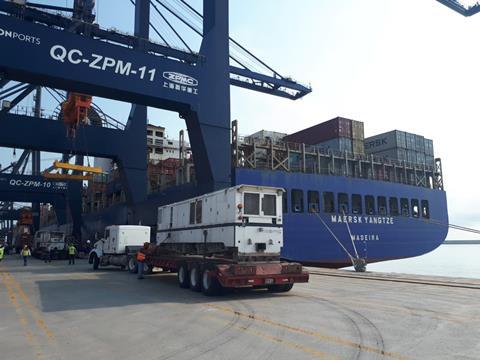 The equipment included a tunnel boring machine, 55-ton (49.9-tonne) locomotives, and several flatcars and wagons. The cargoes weighed a combined 355 tons (322 tonnes) and measured 425 cu m. The equipment was required for the ongoing Fortaleza subway extension project in Brazil.

The tunnel boring machine was dismantled into 26 components for the transport. Sea Cargo deployed a Liebherr LTM 1220-5.2 crane to load the cargoes onto trucks for transport to the port of Veracruz. The cargoes were stored temporarily, before being reloaded onto a container vessel on flatracks for onward delivery.

Sea Cargo Logistics is member of the XLProjects (XLP) network.