BBC Amber has arrived at the port of Taranaki in New Zealand to deliver 99 wind turbine blades for Mercury’s wind farm in Turitea. 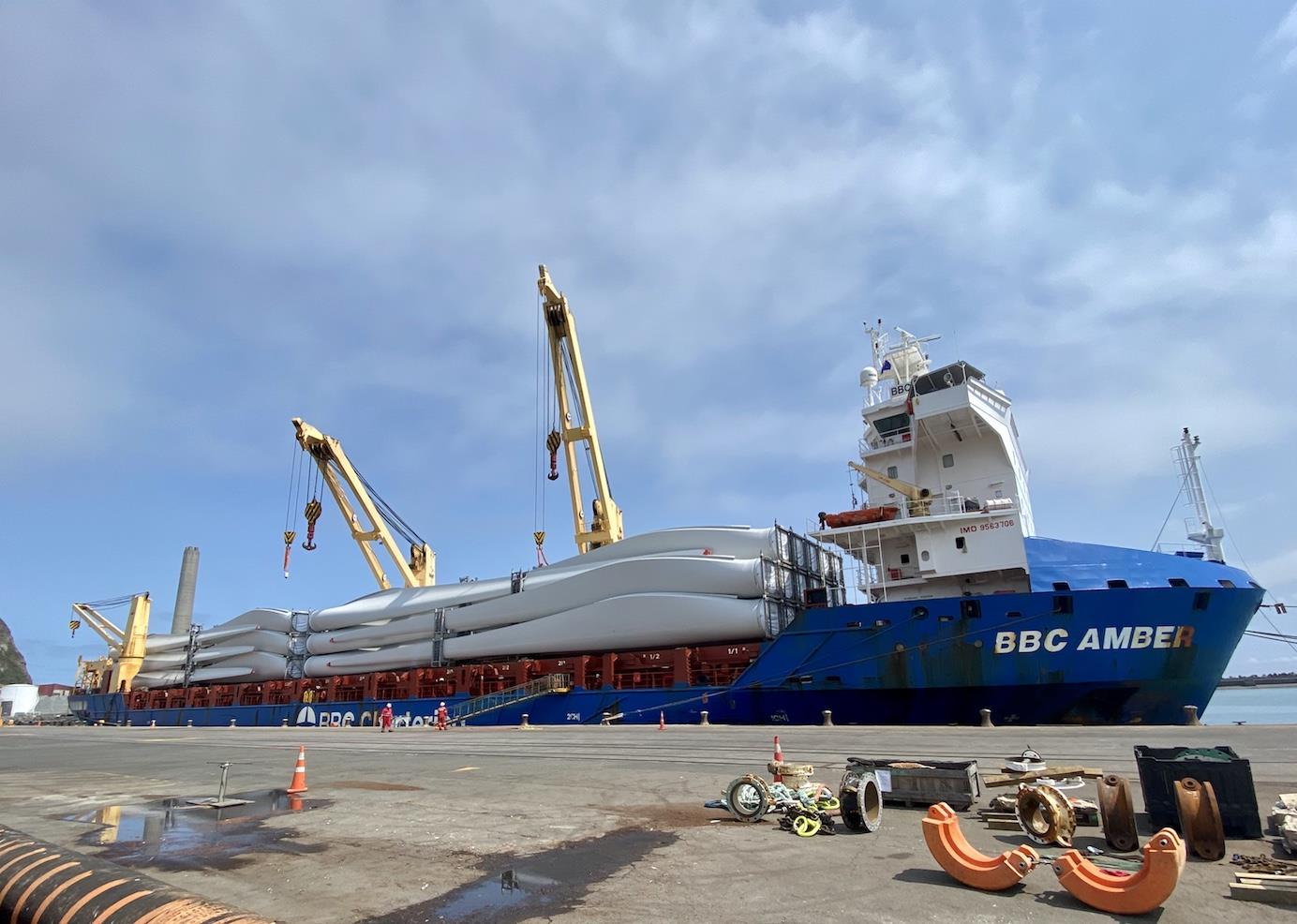 The 54.9 m-long blades arrived in New Zealand from the port of Taranto, in Italy. Specialised heavy haulage vehicles are now moving the components to the port’s Eastern Reclamation area where they will be temporarily stored.

From mid-March, the wind turbine blades will be transported to Palmerston North for the project.

The port is also preparing for further wind energy shipments that will support the construction of Tilt Renewables’ Waipipi wind farm. In mid-May, the first of several shipments carrying a total of 93 wind turbine blades, 31 towers, and nacelles will arrive at the port.

These components will also be transferred to the Eastern Reclamation area and stored, before being trucked over a period of several months to the wind farm site, which is between Waverley and Patea.

The vessels will dock at Blyde Wharf, which has heavy lift pads that can support the equipment. A combination of ship’s cranes and the port’s twin mobile harbour cranes will lift the components off the ships and onto the heavy haulage vehicles.

“We have two hectares of land at the Eastern Reclamation, which is perfect for large project cargo storage, such as this,” explained Ross Dingle, the port’s head of commercial.

Aside from the port’s facilities and logistics capability, Dingle said its proximity to both Turitea and Waipipi had been an advantage in securing the shipments. “The large, specialised vehicles that transport the blades and [other components] need a relatively direct route which doesn’t have tight bends and winding roads, so the road south from here works well.

“Logistics for the delivery of the Waipipi farm components are still to be finalised, but the blades for the Turitea project will be transported at night to reduce the impact on traffic flows out of the port, through New Plymouth and on the state highways.”