TPs on the move at Redcar 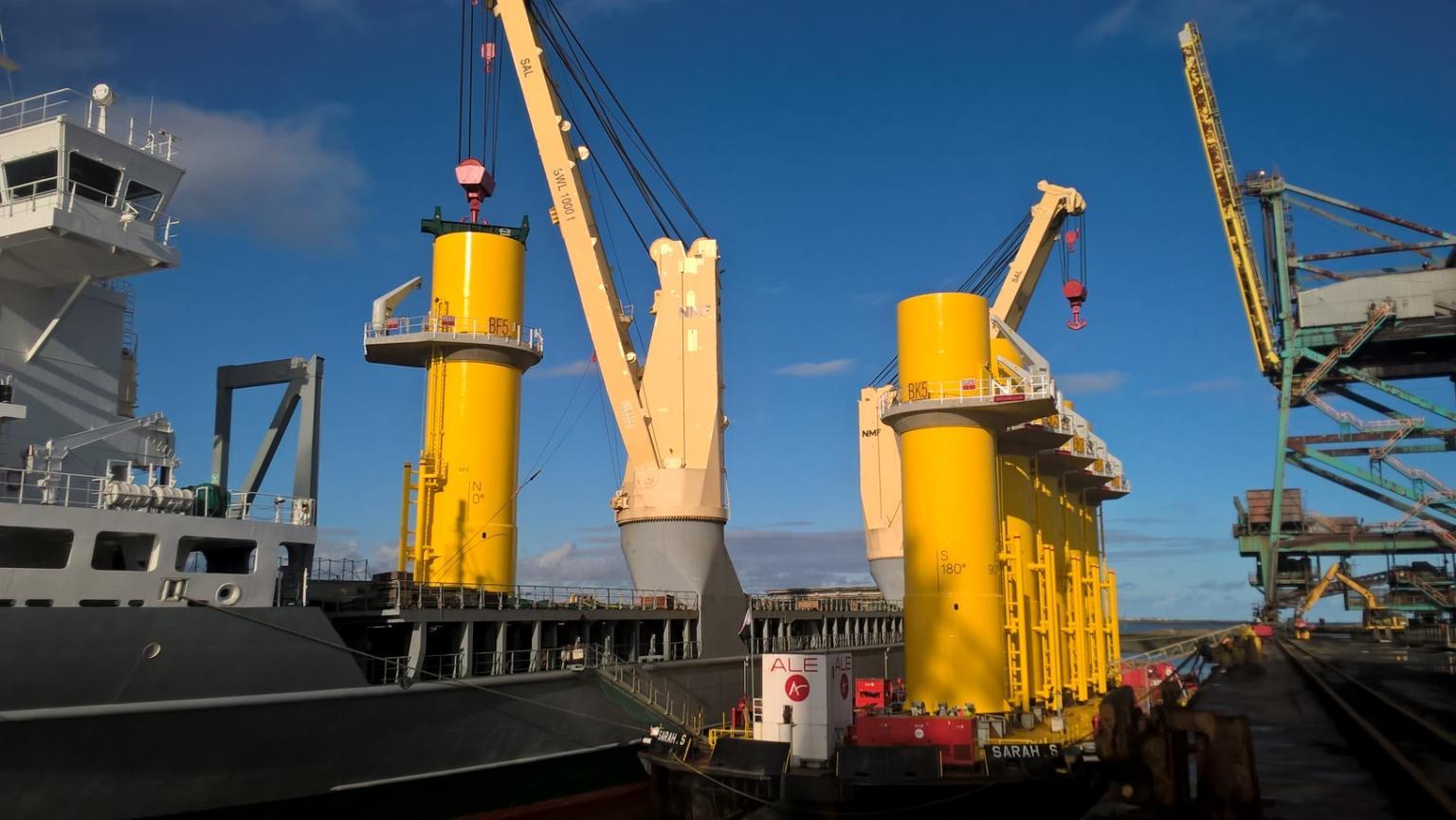 The TPs, destined for the Borssele 1+2 wind farm off the Dutch coast, arrived at the terminal on ALE’s barge Sarah S. They were then loaded directly onto SAL’s heavy lift vessel Svenja using one of the ship’s own cranes, which have a combined lifting capacity of 2,000 tonnes.

According to Redcar Bulk Terminal, this is the second time in one week that Svenja has berthed at its facilities to load cargoes for the Borssele wind energy project.