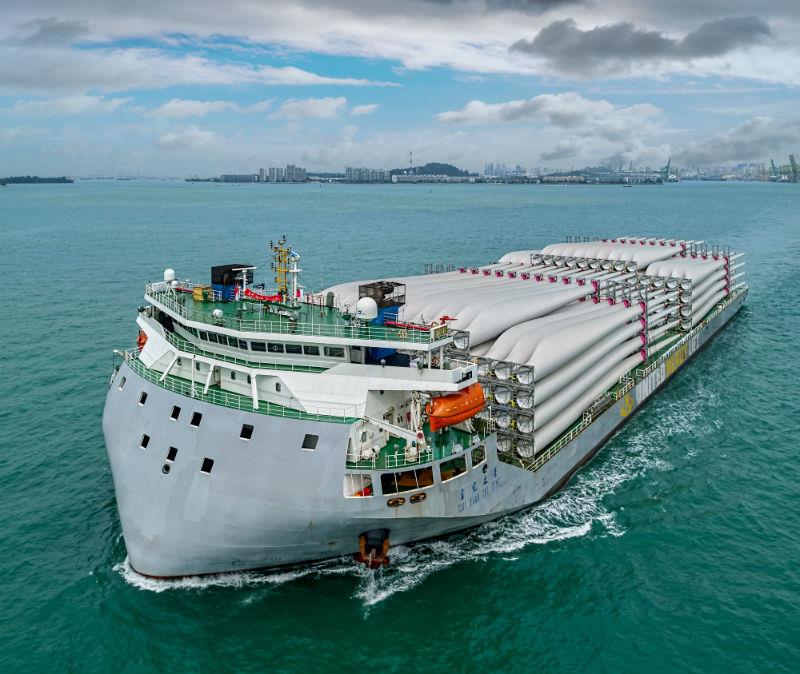 Despite heavy winds at the port of Dafeng, the deck carrier set sail on January 8, 2019 loaded with 156 wind turbine blades. Each blade measured 60 m in length and weighed approximately 11 tonnes. The ship is due to reach the Spanish port of Ferrol in mid-February.

The cargoes will be delivered to the Torozos wind farm, which is being developed in Spain by Vestas.

To ensure the cargoes remain stable during the shipment, Vestas and United Engineering Solutions developed and produced bespoke securing clamps and coupling plates for the rotor blades. 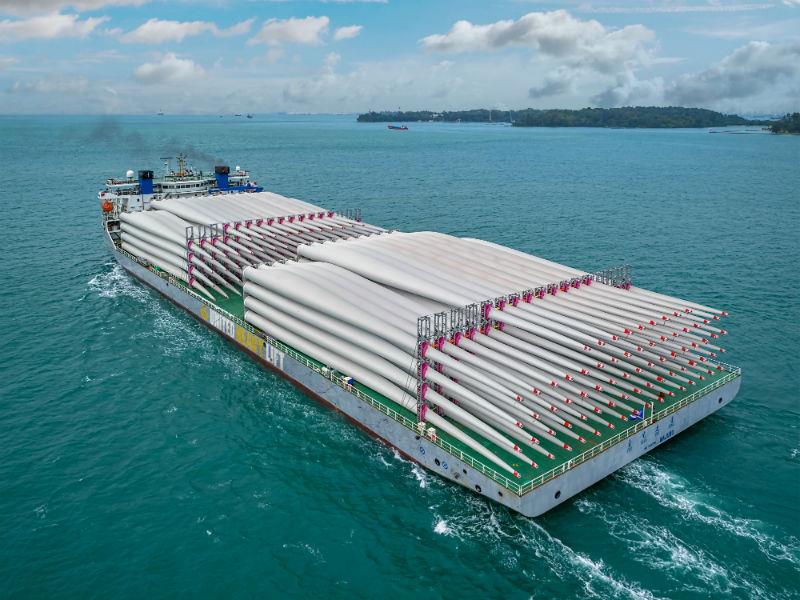 UHL took over the commercial management of Zhi Xian Zhi Xing, constructed by Shanghai-based Zhixian Transportation, in summer 2018. Another carrier of the same class followed in December.

“This order is an exciting challenge for us,” said Lars Rolner, founder and managing director of the United Group and UHL. “We are thankful that Vestas entrusted us with it, giving us the opportunity to demonstrate that we are capable of providing optimal transport for large quantities of wind turbine components in a cost-effective way.”

UHL said that this is the largest number of rotor blades that Vestas has ever shipped in a single consignment. It is also the first time that the company has transported wind turbine blades from the Far East using a deck carrier.