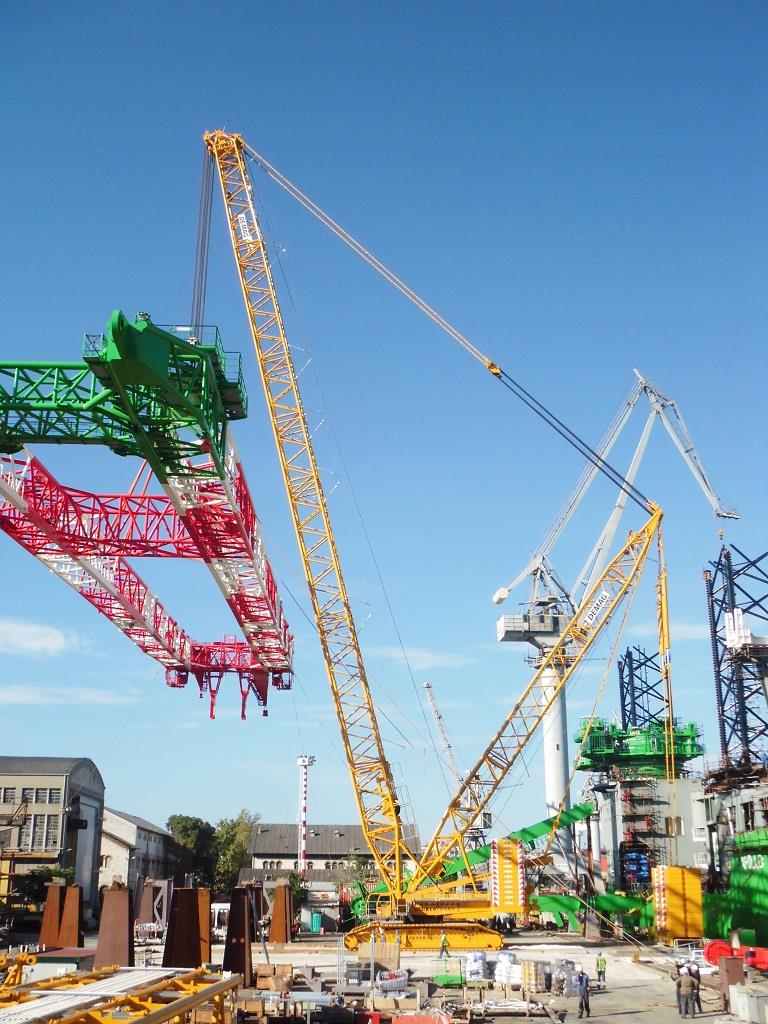 “A number of factors made it the ideal choice, with the two most important ones being its enormous power and its long boom length,” said Zagrebtrans project manager Ivica Šerlija.

A convoy of around 50 trucks transported the CC 3800-1 crane from the Terex plant in Zweibrücken, Germany, to the shipyard in Pula – a journey of more than 1,000 km that lasted just under seven days.

Another week was spent preparing the crane for lifting at the site.

The heaviest load weighed 400 tonnes; some components had to be lifted to a height of 102 m or set down at a radius of 52 m. Each of the loads was picked up and lifted, the crane then rotated 180 degrees in the direction of the platform, before moving forwards under load. Each component was set down on the platform in position, ready for assembly.

Terex said the crane operators praised the CC 3800-1 for its enormous lifting capacity, compact dimensions, and ability to travel even when under heavy loads, as well as its Vario Superlift system which enables it to operate in tight spaces by reducing the radius of the counterweight tray during a lift.