ALE was contracted to deliver almost 100 modules to the north, south, central and west islands of the Zakum oil field from various fabrication yards in the Middle East Gulf. The modules include pipe racks, process modules, buildings and substations, weighing between 120 and 4,700 tonnes and measuring over 50 m long.

Operations began for the project in October 2015 and since then ALE has delivered 29 modules to the south island and 38 of 40 modules to the north island, with 26 units awaiting delivery to the west island. ALE expects to have delivered all remaining modules by mid 2017.

The UZ750 project involves the construction of four artificial islands, with the central island housing the oilfield processing facilities and the north, west and south islands acting as satellite platforms. 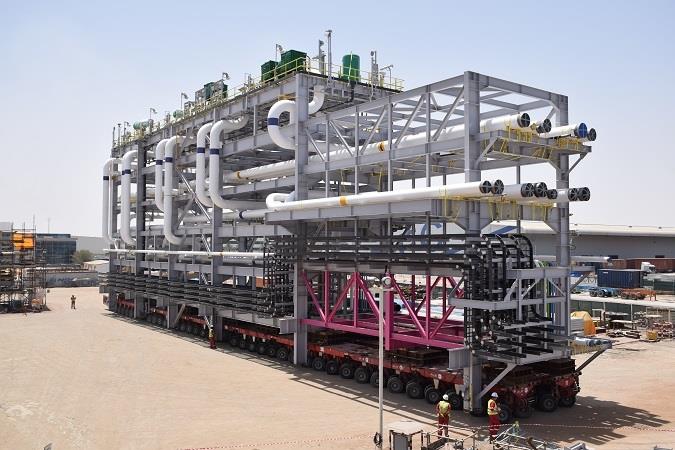