AN-225 called in for test kit deliveries

In partnership with Gebrüder Weiss, Chapman Freeborn has coordinated the transport of Covid-19 test kits on more than 20 charter flights from China to Austria. 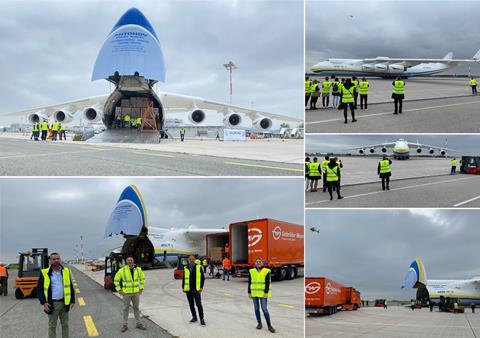 A variety of aircraft have been used for the transports, but a journey last week saw 110.8 tonnes of equipment travel on the Antonov AN-225 – the world’s largest freighter aircraft.

Upon arrival in Linz, the test kits were then distributed to pharmacies all across Austria by Gebrüder Weiss.

Tim Fernholz, cargo charter broker at Chapman Freeborn Germany, said: “Linz Airport is perfect for the AN-225 as it has an extra-wide runway measuring 60 m, due to its former usage as a military airport.”