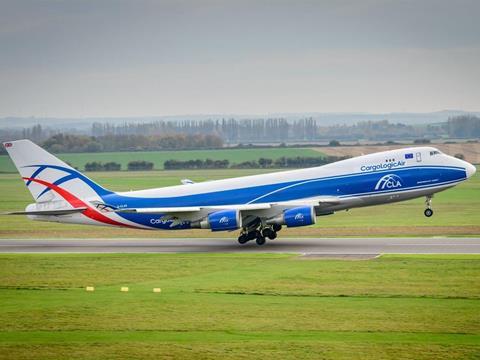 Established in 2015 and headquartered at London Heathrow Airport, CLA’s Boeing 747 freighter operated scheduled and chartered freight services on routes between the UK, Asia, Africa and Americas.

The company made a profit of GBP41 million (USD48.4 million) on turnover of GBP149 million (USD175.7 million) in 2020. The company’s majority shareholder and former director, a Cypriot national, was made the subject of UK government sanctions against businesses deemed Russian-controlled following the invasion of Ukraine in February 2022.

CLA sought and was granted licences for minimal continuance of operations from HM Treasury, but it ran into problems operating its bank accounts on a timely basis.