January 9 - Netherlands headquartered Conbit has delivered and installed an emergency shelter and a helideck module offshore Libya, on behalf of Mabruk Oil Operations for its BD-1 offshore platform.

Mabruk Oil Operations, a joint venture between Total and NOC, ordered the two modules in 2012. Conbit was tasked with delivering each piece from Rotterdam in the Netherlands to Libya and completing the heavy installation work.

During the third quarter of 2013, Conbit contracted the Intermarine vessel Industrial Kelly to ship the two units to Tripoli. A geared vessel was selected to ease the discharge operation in the Libyan capital.

Prior to the arrival of the cargoes in Tripoli, a Conbit crew made its way to the BD-1 to conduct a site survey - the four-man team spent seven days on the platform conducting dimensional verifications and other preparatory works.

At the same time, half of the construction equipment was transported to the offshore location in containers, via Italy. The second half of the consignment was delivered to Libya a week later.

Over the course of two weeks a second Conbit crew installed winches, sheaves and jacking frames and completed preparatory welding on the BD-1 platform, ready for the installation of the emergency shelter.

The shelter was shipped to the platform on board an ASSO 31 supply vessel, and after all load tests were satisfactorily passed, the green light was given to winch lift the new module on to the platform.

The last part of the lift was executed using hydraulic strand jacks. These were positioned on bespoke jack frames that gradually supported the weight of the load away from the lift winches. Secondary lift lines attached to the strandjacks moved the emergency shelter to its final position, where it was safely secured to the platform.

The helideck installation began with the assembly of a support frame, which also acted as the helideck foundations, and the attachment of the helideck pancake. The pancake - the structure on which a helicopter can takeoff and land on - was shipped in two halves in order to not overload the BD-1 platform's onboard cranes. Once this operation was finalised, the helideck and support frame was skidded into its final position. 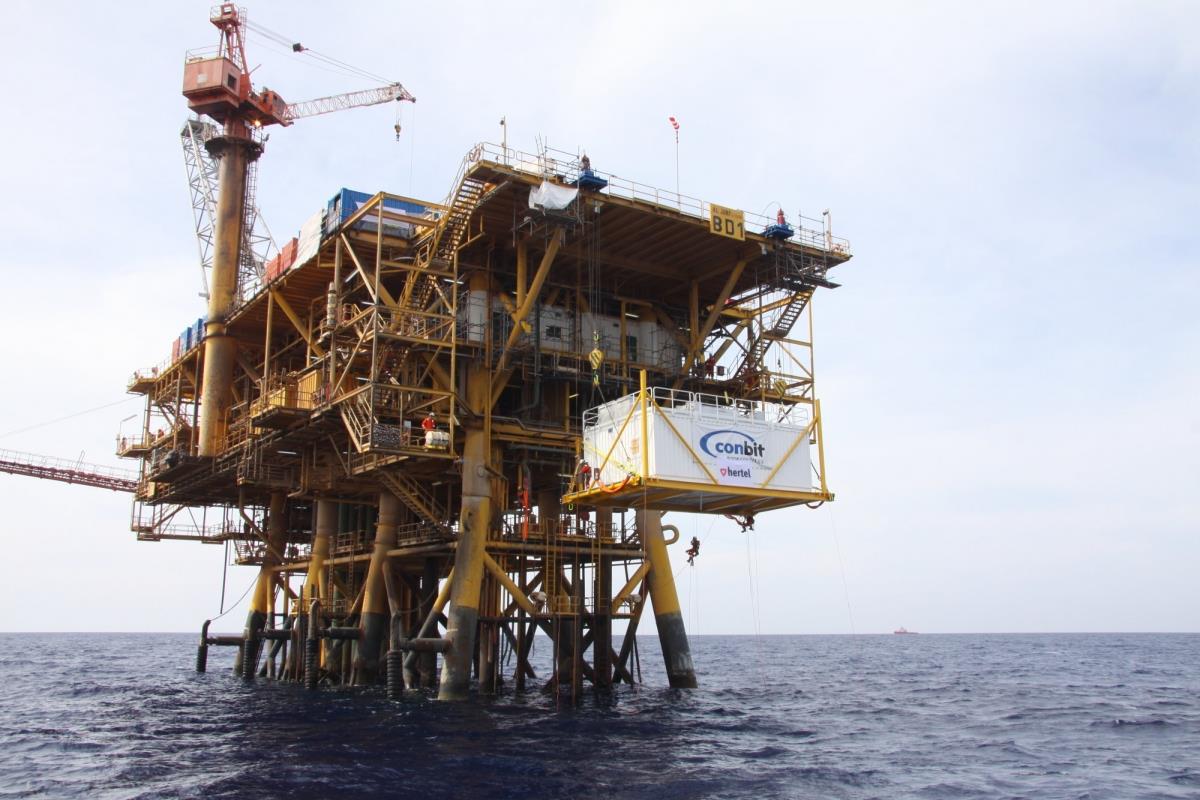