Euroports Germany has used its Liebherr mobile harbour cranes to load containers originating from China at the port of Rostock, as the terminal operator looks to tap into the potential of the Belt and Road Initiative (BRI). 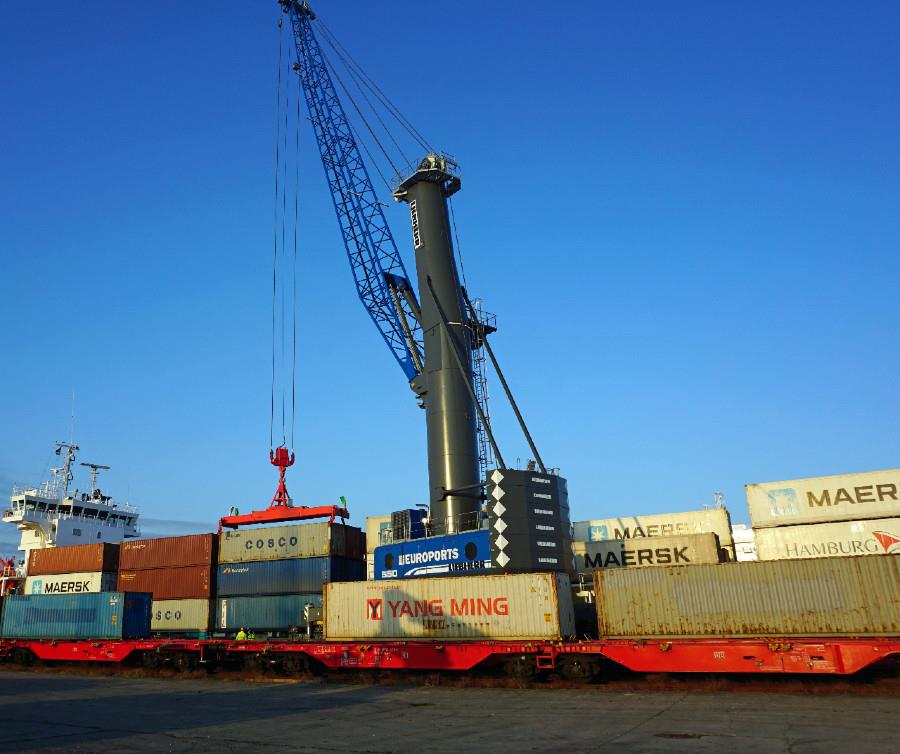 The containers arrived in Rostock after a 10,000 km journey from Xi’an – the eastern starting point of the BRI – before being transferred from ship to rail by Euroports using LHM 550 mobile harbour cranes.

This operation, according to Liebherr, is indicative of Euroports’ plans to expand its Rostock terminal into an efficient multipurpose port and distribution centre of the BRI, acting as a link to Italy and Sweden.

Euroports’ two Liebherr LHM 550s have a lifting capacity of 114 tonnes each. In tandem, the cranes can handle heavy-duty items with a maximum payload up to 288 tonnes.