The Lithuanian port city of Klaipeda hopes to maximise its strategic location and become a hub for the offshore wind energy industry in the Baltic. 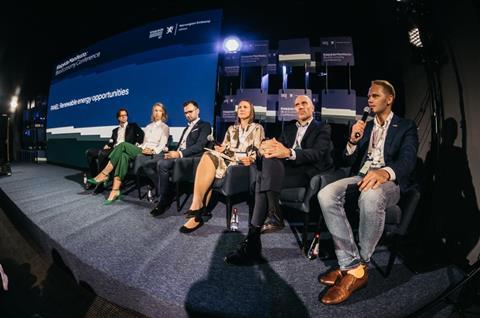 The city recently hosted the Klaipeda Manifesto Blue Economy Conference 2022, during which Hannah Mary Goodlad, head of Baltic Sea area development at Equinor, called for local stakeholders to engage in “bold collaboration across borders towards 2030” to achieve the city’s ambition.

Romana Hartke, senior business development manager at Aker Offshore Wind, emphasised Klaipeda’s strong foundations: its strategic location, good hinterland infrastructure and short distances to all Baltic markets. She flagged up the port of Mukran in Sassnitz, Germany, which has positioned itself as a base port for wind installation and service operations, as a good example to follow.

There are various projects in the pipeline that could utilise Klaipeda’s location and expertise. The Lithuanian government earlier announced the location for a 700 MW wind park off the coast that could potentially cover 25 percent of the country’s entire power demand, for example. The tender process is set to take place in early 2023 with a view to construction completion by 2030.

There are also various projects elsewhere in the Baltic that are currently being evaluated, alongside the now in-development Baltic Power project offshore Poland, which with total capacity of 1.2 GW is expected to power over 1.5 million homes from 2026.

At the conference, Marius Vascega, head of the European Commission’s representation in Lithuania’s capital city Vilnius, stressed that offshore wind is a crucial element in reaching the EU’s Green Deal decarbonisation goals, and that funds now coming on stream as part of the Next Generation EU Covid-19 recovery fund will help to support viable solutions.

The September/October edition of HLPFI includes our annual report on the Baltic Sea states and its project logistics market.