Mammoet has relocated a port crane at the port of Montréal, Canada for terminal operator Termont Montréal. 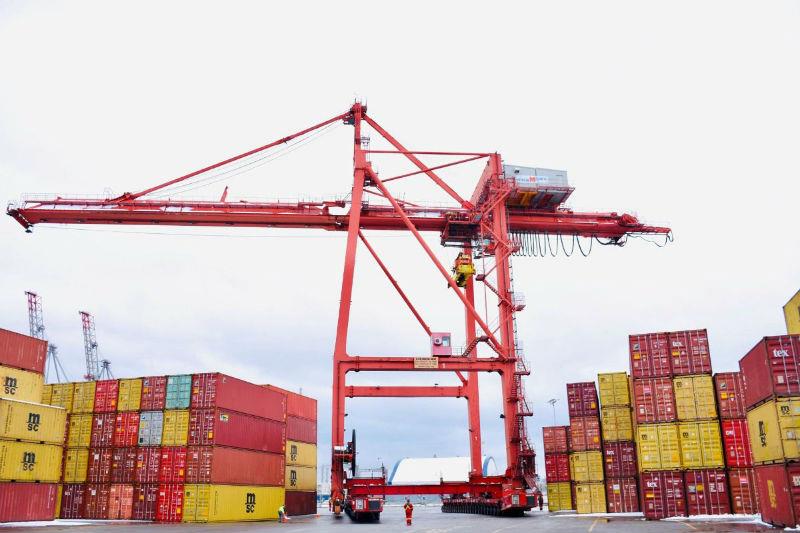 The original request was to move the crane, which weighed 700 tonnes, by barge. However, due to concerns raised by other port operators, the crane had to be moved on land.

Working closely with Termont for over a year, Mammoet provided an alternative relocation plan, moving the port crane 2.5 km to the other terminal.

Once the plan was agreed Mammoet was given two weeks to source and mobilise equipment for the move.

To ensure no damage was caused to neighbouring properties, Mammoet sourced 200 wooden mats for load spreading. The crane was then placed on customised transport beams and 48 axle-lines of SPMTs to manoeuvre the crane through the congested route, which included negotiating an underground tunnel.

To minimise disruption to business the move was completed on a Saturday and took eight hours to complete.