October 23 - Tokyo-based Nippon Yusen Kaisha (NYK) and Yusen Logistics Co Ltd have handled the transportation of a training boat, free of charge, from the USA, back to its home city in Japan.

After the tsunami caused by the Great East Japan Earthquake of 2011 swept the boat, which belongs to the marine systems department of Takata High School in Rikuzentakata, Iwate, into the ocean, the vessel drifted across the Pacific Ocean and eventually beached on the shore of Crescent City, California.

In April of this year the boat was discovered on the beach and students at nearby Del Norte High School made efforts to return the vessel to the school in Japan. On hearing the news, NYK Group offered to assist in transporting the vessel back to Rikuzentakata, where the company has participated in voluntary relief activities since the 2011 disaster.

NYK shipped the boat on its containership, Spring R, from the port of Oakland, California to Sendai port in Japan, where Yusen Logistics handled Customs clearance operations and land transport for the project.

Takata High School students, who are currently attending classes in temporary buildings in Ofunato city, Iwate, watched as the boat returned to its home and was taken to the Rikuzentakata Municipial Museum, where it will be used for disaster prevention education. 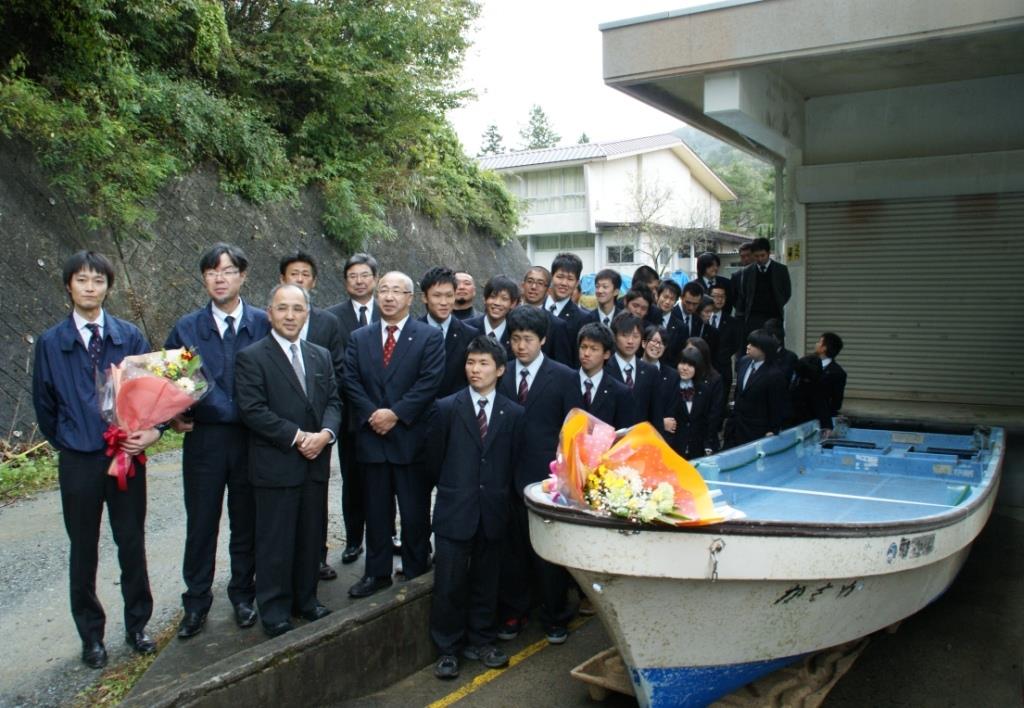