June 26 - SAL Heavy Lift's Lone has transported two shiploaders with a combined weight of approximately 1,900 tonnes from Germany to Northern Colombia, becoming the first ship to call at the newly constructed pier in Puerto Bolivar.

In Puerto Bolivar, an important harbour for the Colombian mining industry, the shiploaders will be used to load coal.

The two shiploaders were loaded as three units with the main bridge unit weighing 454 tonnes, whilst the boom weighed 161 tonnes and the shuttle weighed 152 tonnes.

SAL advises that each unit was loaded and installed with a single hook lift and it arranged four special tugger winches, positioned on the ship's deck as well as onshore, to control the units during lifting and installation. Despite heavy winds and significant ocean swell, installation was very smooth. 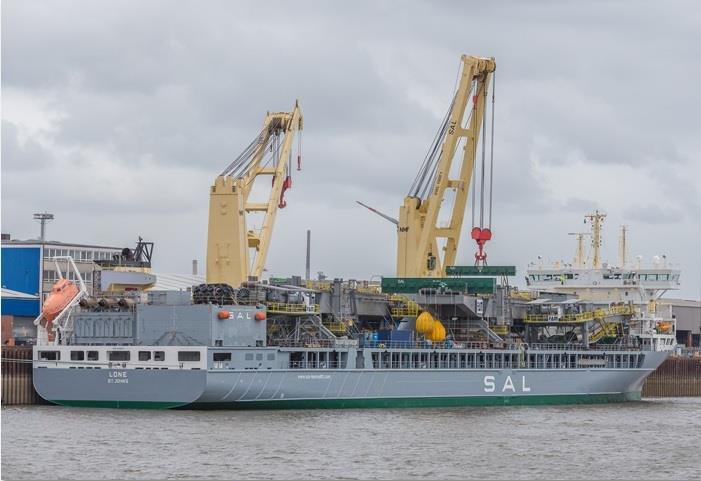