Nearly 350 companies and associations have signed BIMCO’s Gulf of Guinea Declaration on Suppression of Piracy. Combined with Nigeria announcing investment to address piracy in the region, BIMCO believes there is growing industry support to tackle the issue and increase safety for seafarers. 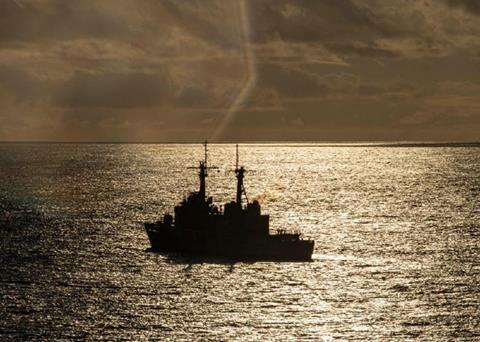 HLPFI reported in May that the declaration had 99 signatories.

The declaration was drafted on May 17 by a group of shipowners convened by BIMCO with the aim to speak plainly about the piracy problem in the Gulf of Guinea, and to get all stakeholders involved and deliver effective solutions to protect seafarers.

Many of the world’s biggest shipowner companies, major shipping associations, regional companies from Ukraine to Nigeria and the World Economic Forum are in support of the declaration.

BIMCO reported that in 2020, 135 crew were kidnapped from ships globally, with the Gulf of Guinea accounting for over 95 percent of the crew numbers kidnapped. The signatories of the declaration firmly believe that by the end of 2023 the number of attacks by pirates can be reduced by at least 80 percent.

Furthermore, BIMCO said the round table of international shipping associations and the Oil Companies International Marine Forum (OCIMF) have expressed their full support for the launch of Nigeria’s Deep Blue Project, as well the country’s announcement on June 10 of significant investment in military and law enforcement infrastructure to secure its maritime domain.

The piracy problem was confirmed in a report published on June 9 by the United Nations Office on Drugs & Crime (UNODC).

David Loosley, BIMCO’s secretary general and ceo, said: “As we watch the number of signatures to the Gulf of Guinea Declaration on Suppression of Piracy grow, so does our hope that seafarers can look forward to no longer fearing for their lives when doing their job.”

BIMCO strongly encourages shipping companies and other stakeholders to join the steadily growing call for change in the Gulf of Guinea by becoming a signatory. To sign the declaration, follow the link here.