In November 2018, Universal Transport Czech Republic handled the transport of a turbine from Pilsen to the port of Lovosice. 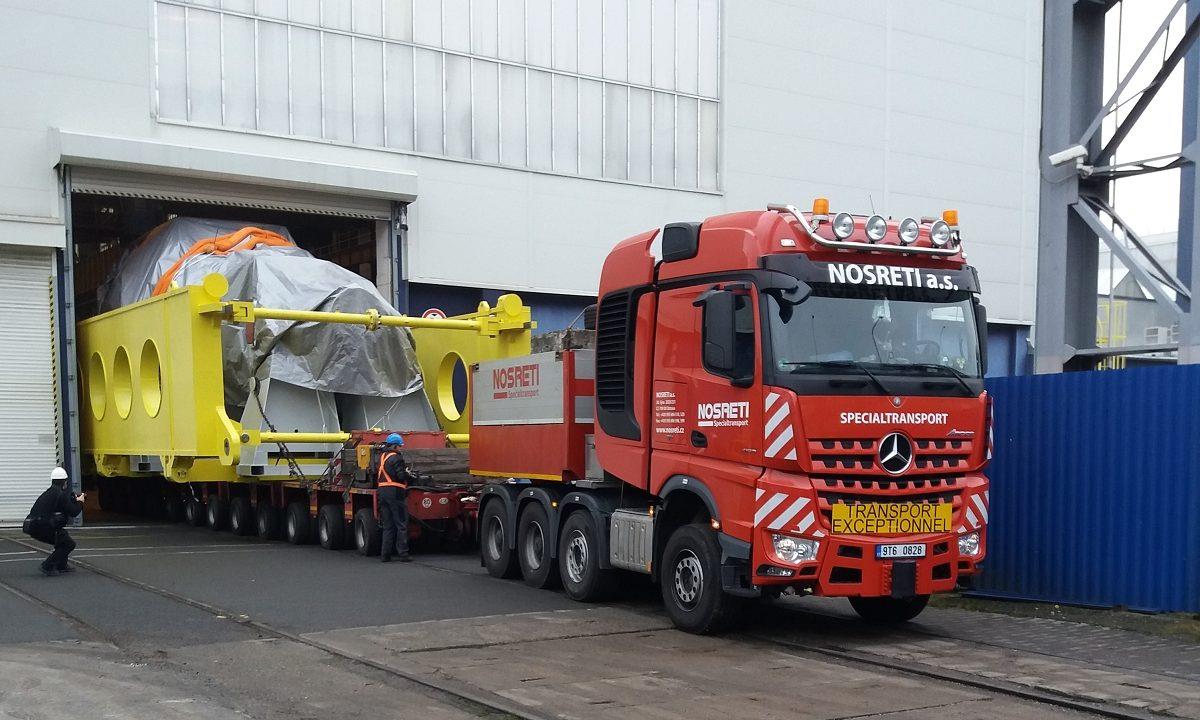 For the road transport, the turbine was mounted in a cradle between two Goldhofer modular vehicles. Including the trucks, the load measured 72 m in length, weighed 500 tons (454 tonnes) and had a maximum height of 5.75 m.

From the port of Lovosice, the turbine was transported by barge to Hamburg, Germany for onward transportation to its final destination in Nigeria.

Universal Transport expanded its presence in the Czech Republic last year through the acquisition of Nosreti Specialtransport, expanding its fleet by approximately 30 heavy-duty vehicles, as HLPFI reported here. In addition to heavy-duty trucks, Nosreti’s fleet includes a 46 modular axles from Goldofer as well as a range of semi-trailers capable of handling the transport of cargoes weighing over 100 tonnes. 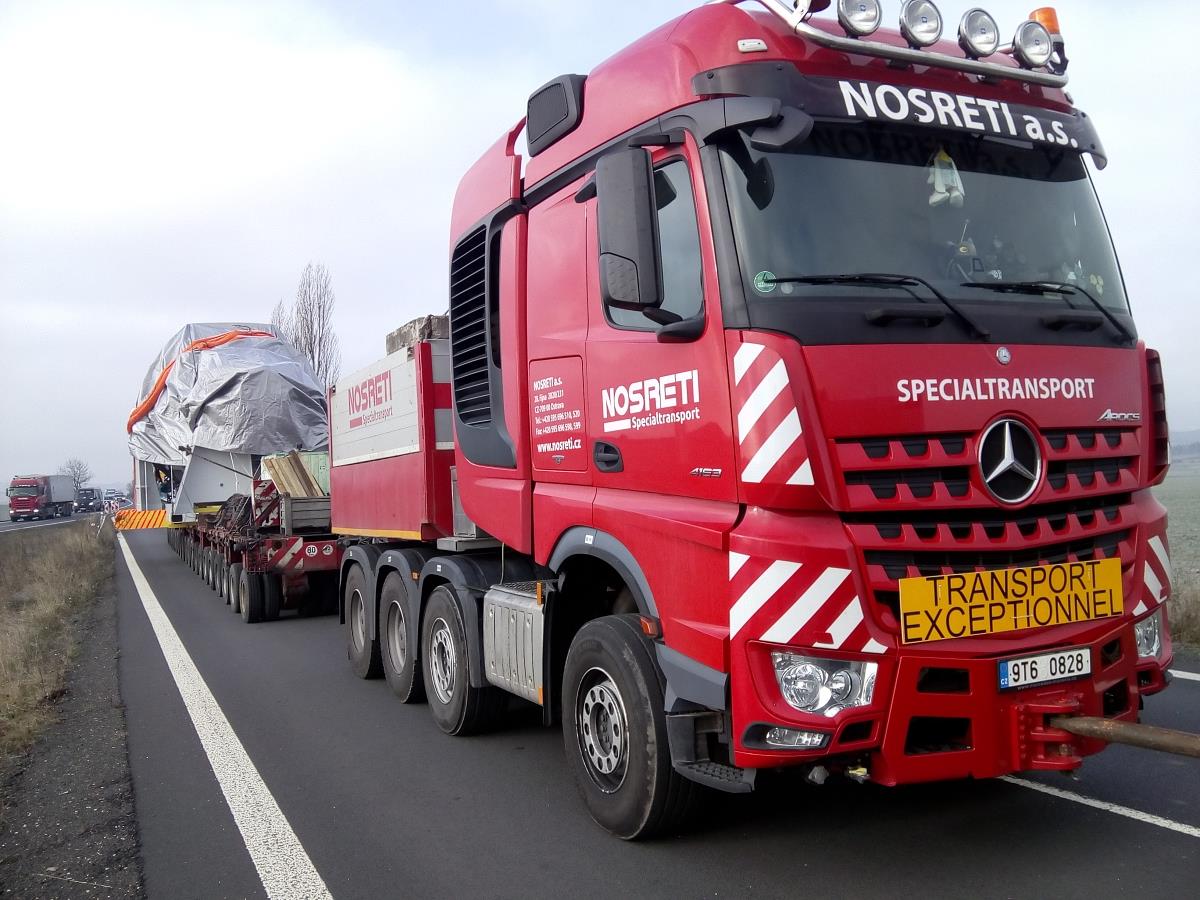 In a separate project, Universal Transport transported two oversized components 16 km from a manufacturing plant in Drochtersen to the DOW chemical plant in Stade, Germany.

According to Universal Transport, preparations for this journey included route planning and involved the dismantling of traffic signs and lights.

The components were transported using two heavy-duty trucks and flatbed trailers, the longest of which measured 18.5 m x 5 m x 5.5 m. In total, the combinations weighed 40 tons (36 tonnes) each.