The rebranded company claims to be the largest specialised shipping company in the world, with the the largest scale and comprehensive transportation capacity in the world, including a semi-submersible fleet, multi-purpose heavy lift fleet, Asia's largest asphalt fleet, China's leading fleet of car carriers and the largest fleet of timber vessel.

COSCO Shipping Specialized Carriers general manager Han Guomin (pictured at the ceremony) said in a speech that the rebranded company aims to build the most competitive specialist shipping company and become the leading engineering logistics service provider in the world, focusing on the large scale shipping logistics involved in major engineering projects, and the transport of major pieces of equipment.

Cosco Shipping was officially launched in February and rebranded in September. Since then the conglomerate's subsidiaries have been undergoing organisational restructuring and this has included rebranding. 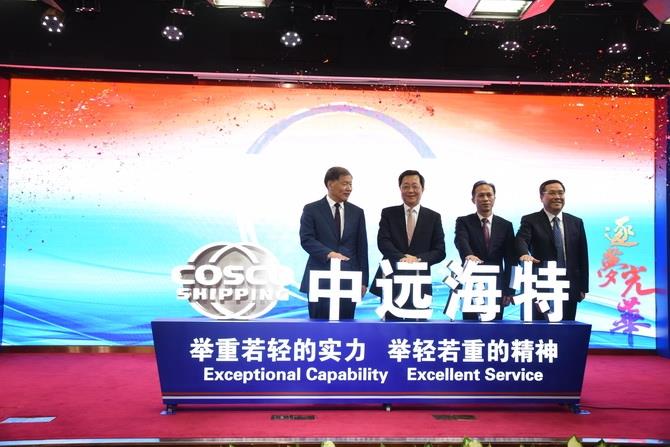