After finalising the sale of its sister company, Interporto di Rivalta Scrivia, in October 2012, Fagioli has undertaken a significant reorganisation over the last 18 months.

The group is now focusing on three core businesses and targeting growth in specific geographical areas of the world. The significant increase in revolving credit and bonding facilities will support the accelerating growth if the business, including further investments in assets, says Fagioli.

Fagioli, which took part in the parbuckling operation of the Costa Concordia (pictured below) and will be involved in its re-floating next year, is developing an advanced skidding and lifting system, with a capacity of 64,000 tonnes, which will be used in the installation of the 42-tonne Hebron Platform in offshore Newfoundland, Canada.

Various other projects in Mexico, Suriname, Canada and the USA are set to be handled by the company and its 2013 turnover is expected to be higher than previously expected.

"The fact that the banks are standing by Fagioli's strategy in this particular moment of difficulty of the national economy, confirms their trust in the company and in its management," says Fabio Belli, ceo of the Fagioli group. 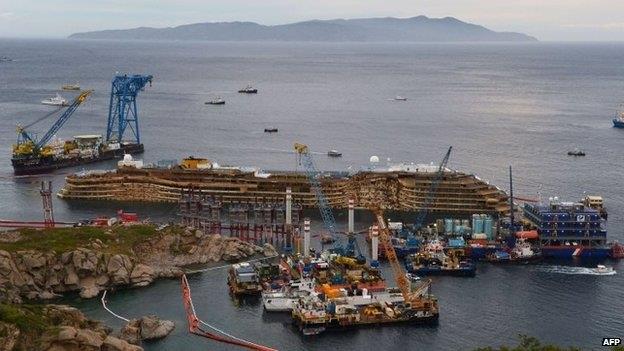