Main concerns for years ahead

Inflation and geopolitical tensions are set to dominate concerns for the global supply chain over the next five years, according to a DP World study released November 14. 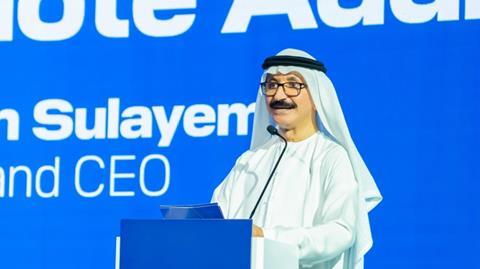 DP World surveyed dozens of freight forwarders during October and the results show an industry in turbulence, with climate change and access to talent weighing heavily on business resilience and the ability to create seamless supply chains.

Some 63 percent of respondents said inflation is a main concern, while 56 percent cited geopolitical tensions as another major cause of worry.

This is having major ramifications for businesses. Around 10 percent of the respondents said they had changed the markets they do business in due to uncertainty. Indeed, these worries look set to dominate the thoughts of freight forwarders for years to come. Some 78 percent said they expect geopolitical tensions and inflation to remain concerns over the next five years, with two-thirds of freight forwarders believing it is ‘impossible to say’ when economic disruptions will subside.

On the plus side, many in the supply chain industry appear cautiously optimistic. 75 percent of the respondents said they expect technology to be a significant factor in easing the current supply chain woes. More than half (56 percent) believe digitalisation will be the single biggest driver of efficiency, reducing bottlenecks and supporting the industry going forward. Technology will have a considerable impact on the supply chain, with three in four saying it will lead to cost savings and a greater ability to target and deliver to new customers.

However, many were unclear on how to integrate technology into their industry, with a third saying they wanted to, but simply did not know how to do it. Half of the freight forwarders said they are further behind on their company’s digital transformation journey than they had hoped.

“Global supply chains are significantly impacted by the pandemic, geopolitical tensions and the looming threat of the global climate change crisis. In fact, these challenges have demonstrated that many parts of the global supply chain infrastructure are fragile. These rising concerns makes it imperative for logistics operators to come up with the tools and solutions that offer real-time visibility across the entire supply chain. This can allow trade routes to be fit for purpose, and thus facilitating a more seamless movement of trade around the globe,” said Sultan Ahmed Bin Sulayem, group chairman and ceo of DP World.

Other challenges that freight forwarders are currently experiencing include rising and unpredictable freight rates, with 80 percent highlighting this as the biggest worry keeping them awake at night. The lack of financing options is another major issue, with 37 percent of those surveyed saying this has a crippling effect on their ability to deliver goods.

The pandemic has, however, resulted in several other benefits for logisticians. A third of freight forwarders said it prompted a much-needed overhaul of their business, with 41 percent saying it has changed how they track cargo. 54 percent said it has increased pressure on management to operate more sustainably.