Volga-Dnepr Group and CargoLogicAir (CLA) have signed a memorandum of understanding (MoU) for strategic cooperation with Liège Airport, with the aim of strengthening their positions in the European market through the development of a regional hub. 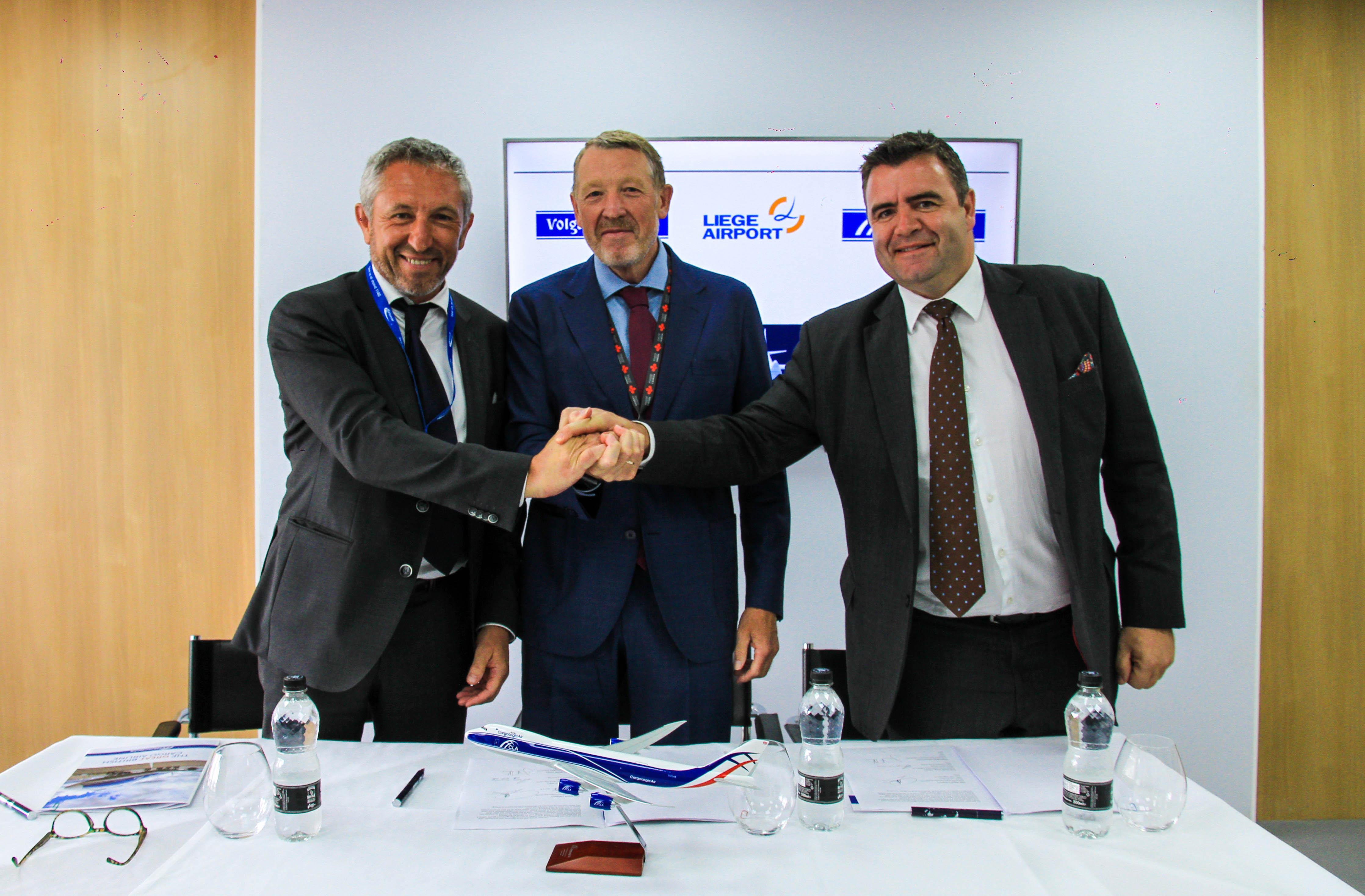 Within the next three to five years the three parties will work together to establish a regional hub for Volga-Dnepr and CLA freighter operations, with the provision of cargo handling for up to 30 cargo flights per week, including for special cargoes.

Liège airport, which previously announced plans to invest EUR50 million (USD59.95 million) in new cargo facilities during 2018, will support both companies in opening up new routes and establishing the communication channel with government authorities for smooth operations.

Earlier this year, Volga-Dnepr Group’s subsidiary, AirBridgeCargo Airlines (ABC), confirmed its intention to establish a secondary hub to complement its main Moscow base.

Working project groups will now be established to strengthen communication and negotiations, discuss and finalise the cooperation details, work out specific programmes, and carry out the regular review to drive implementation of relevant measures.

David Kerr, ceo of CLA, said: “The development of a European hub in Liege will support our existing network, boost our cargo services, while covering major catchment areas of Europe for the convenience of our customers.”