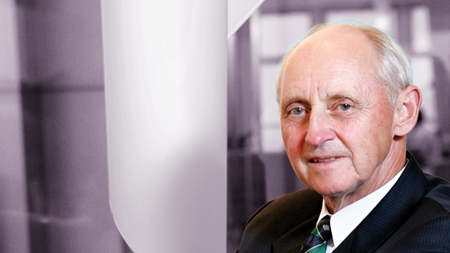 The fourth-generation family owner of the Wilhelmsen group, he was instrumental in developing the company from a traditional liner carrier into one of the largest maritime industry groups with almost 15,000 employees in more than 70 countries.

He joined the Wilhelmsen group, established in 1861 by his great grandfather, as a partner in 1964. He became chairman of the board in 1992, serving in the role until 2010.