October 15 - Netherlands-based Barneveldse Krane Verhuur (BKV) has used its new Liebherr LTM 1750-9.1 all terrain crane to erect a wind turbine prototype at the Ecofys test site in Lelystad, for its client Lagerwey Wind.

BKV employed its new LTM 1750-9.1 crane, which was added to its fleet in August of this year, to build up a wind turbine prototype - the first time the crane has been used for such a job.

The crane can lift 60 tonnes at 100 m and was operated at full capacity to erect a prototype of a L100 2.5 MW wind turbine for the Dutch manufacturer of wind turbines, Lagerwey Wind, one of BKV's regular customers.

The heaviest parts of the turbine were five tower sections, the largest weighing in at 73 tonnes; a 20-tonne nacelle; a 55-tonne generator and a 50-tonne rotor.

Established in 1969, BKV is a family-led company situated in Barneveld, in the centre of the Netherlands, specialising in heavy lifting and wind energy and offering a fleet of 22 cranes, with a range of capacities from 40-750 tonnes. 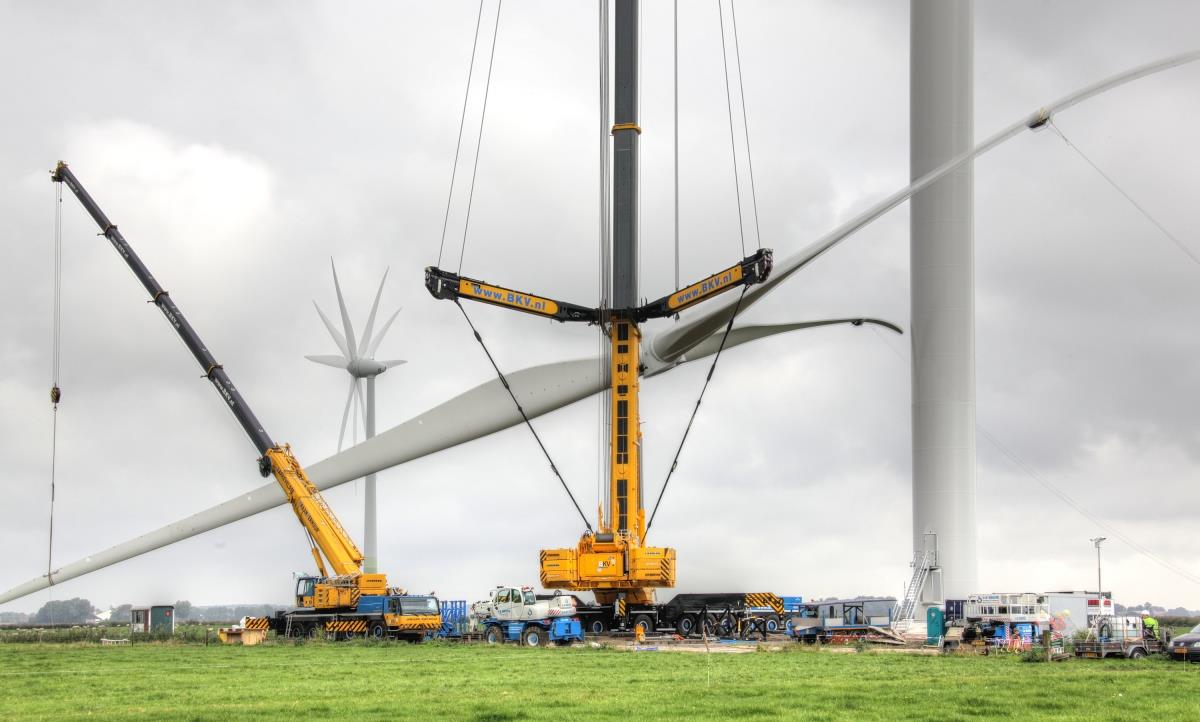 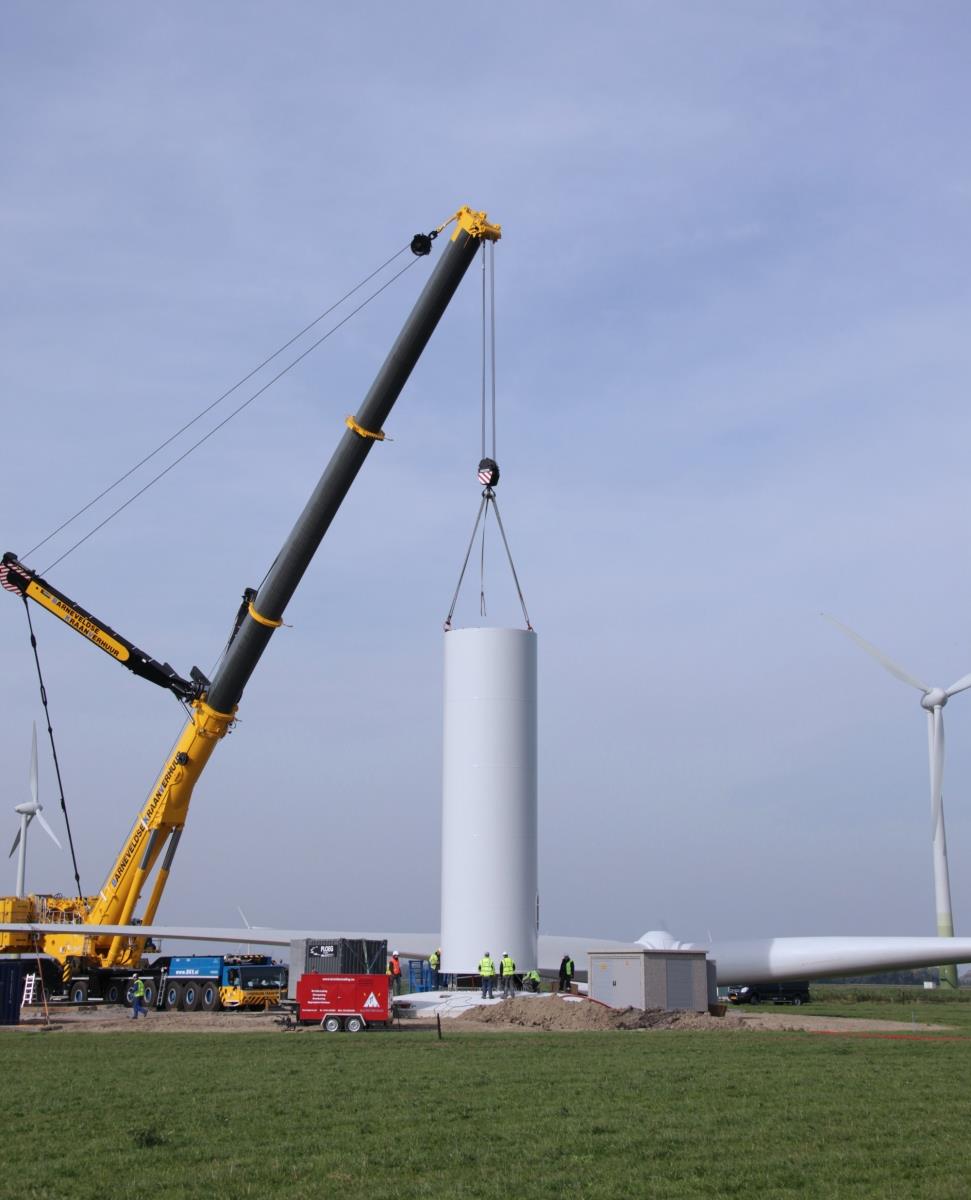