Enerpac has launched its ETR-series trolley system for moving heavy structures between production stations, which it said is more operationally efficient than traditional skidding methods. 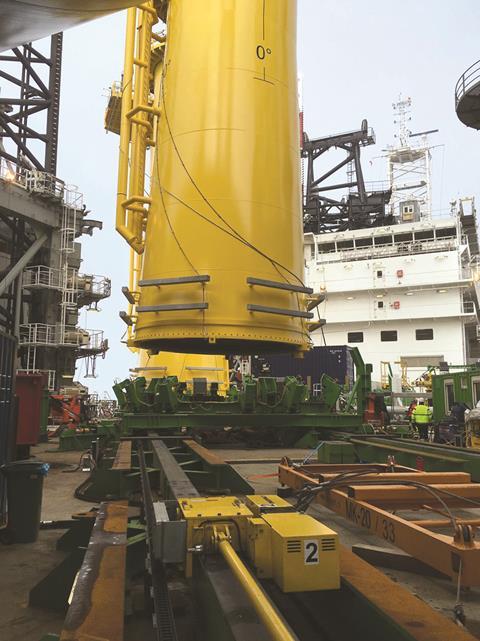 The ETR system comprises four electrically driven trolleys with a 50-ton (45.4 tonne) or 100-ton (90.7 tonne) capacity per trolley, two tracks, and one controller. The trolleys can carry heavy loads horizontally along its fixed, guided track system.

Enerpac said load movements are more stable due to the continuous movement and ability to precisely control travel speed, including acceleration and deceleration. It is particularly suited to repetitive movements and can be configured to accept a variety of load configurations.

The system also includes a wireless radio control system, and a standard control panel including software with pre-programmed ramp up and down speeds. The ETR trolley system is readily expandable and easy to transport and set up, according to Enerpac.