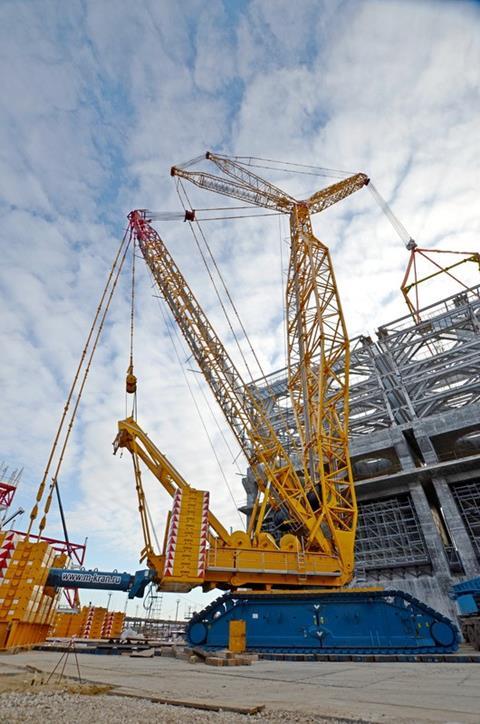 The crawler crane was delivered from the manufacturing plant in Zweibrucken, Germany directly to the site in Russia. With assistance from Demag technicians, the crane was assembled over three weeks.

The heaviest loads lifted were six steel supporting structures, each weighing between 200 and 400 tonnes.