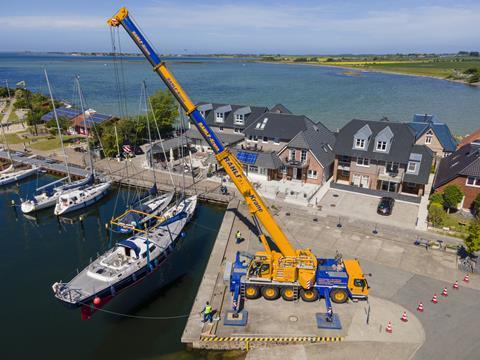 Alexander Rahlf, the second-generation head of the family business, said: “Apart from its enormous lifting capacity, the fact that the LTM 1160-5.2 is only 2.75 m wide was a decisive factor in our decision. It is the only crane in its load class on the market with this width. This is a big advantage for us, because the roads in our rural region are often very narrow.”

The company opted for the UK counterweight variant, which Liebherr initially developed for the special axle-load requirements in the UK. Rahlf said: “The 3.5-tonne base plate can be carried on the crane. We can transport the remaining 50 tonnes of counterweight on two permit-free standard trucks. For many crane jobs, one truck is enough. This enables us to cover the previous 130-tonne range.”