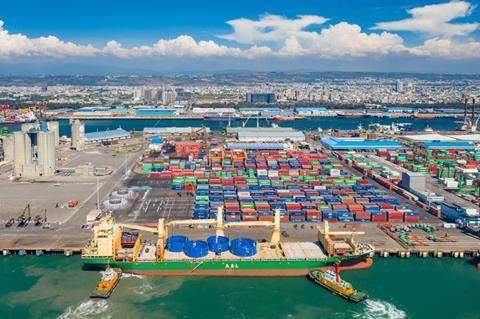 AAL Kembla departed Rotterdam in the Netherlands earlier this year for its eastward voyage through the Persian Gulf and onto Shanghai.

On this journey, approximately 15,000 tonnes of cargo was loaded onboard. This included multiple private yachts, the longest of which was 23 m; a 33 m-tall mobile harbour crane weighing 370 tonnes; 16 power transformers with a total weight of 1,583 tonnes; a 41 m-long dredger and components weighing 584 tonnes; and four giant circular baskets with an average circumference of just under 52 m.

Eike Muentz, general manager Europe, said: “The cargo carried on this particular voyage serviced over 30 shippers and upwards of ten multiple industry projects along the route, including wind energy, infrastructure, oil and gas and mining.”

He continued: “The volume and wide range of cargo types featured on this voyage illustrates the supreme flexibility of the A-Class and the growing dependency upon a breakbulk-style of shipping from global shippers. These customers would normally put their smaller breakbulk and steel commodity cargoes into containers, but cannot due to the current climate of increased costs and limited capacity.”

As an example of this trend, the smallest parcel carried on this voyage was just 1.8 tonnes and had a volume of 2.5 cu m.