AirBridgeCargo Airlines (ABC) has delivered an ABB motor from Västerås in Sweden to Shanghai, China, on behalf of Greencarrier Freight Services. 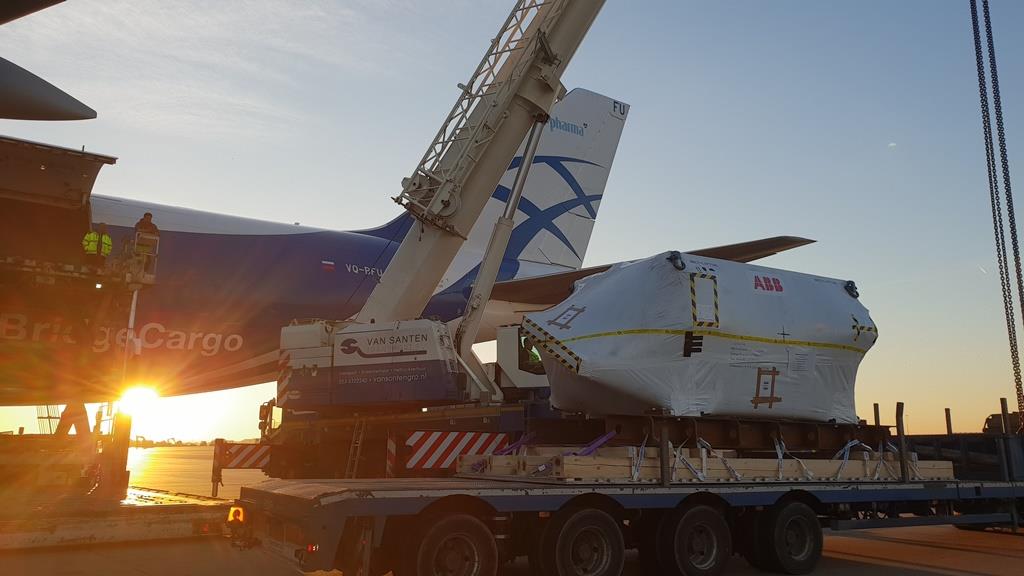 The oversized shipment was trucked from Västerås to Amsterdam, the Netherlands for loading on board one of the airline’s Boeing 747 freighters. The 28-tonne motor remained on its metal beams for loading.

According to ABC, in the first two months of 2019 the company’s oversize volumes increased nearly threefold. The airline plans to continue the development of dedicated hubs for over-dimensional cargoes within its network. ABC will also further develop its services, including the implementation of 3D simulation software, certification of specialists, and improvements to customers’ digital experience.