Air Charter Service (ACS) has coordinated the shipment of a 35-tonne flight simulator from Texas to Japan using a Boeing 747. 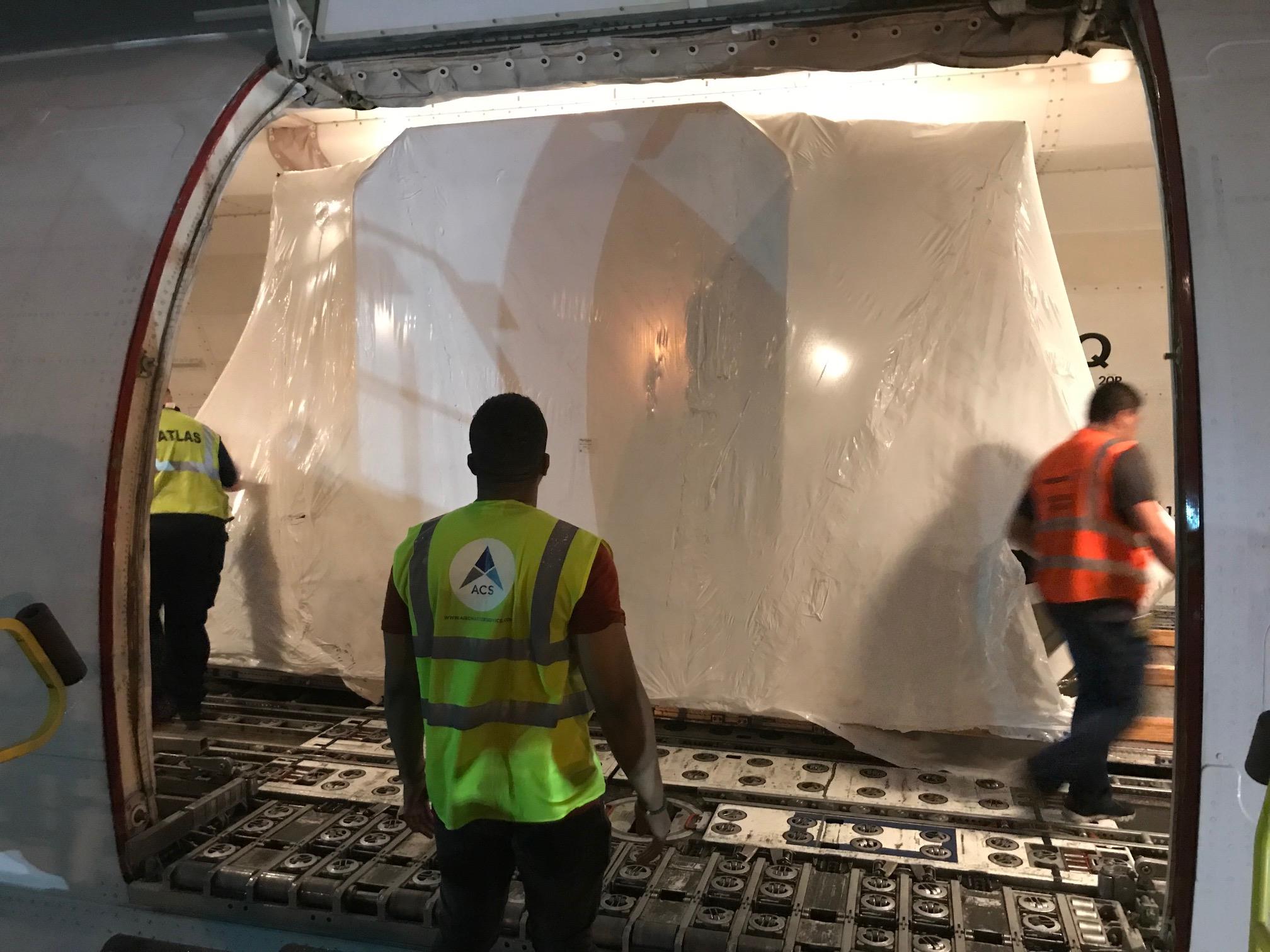 Richard Thompson, president of ACS Americas, explained: “It was a tricky load as the dimensions left no room for error in fitting into the Boeing 747 – there was a mere 2 cm to spare.”

He added: “The delivery date shifted drastically from September to June, so we had to work fast when we finally got the go-ahead. Fortunately, we had put in the work beforehand so we were ready to go.”

Including a fuel stop in Alaska, it took almost 16 hours to transport the flight simulator, which will be used by a large defence contractor to train military personnel on how to operate recently delivered aircraft.

Over the last 12 months, ACS has chartered B747s and AN-124s to fly four different types of flight simulators for both military and commercial customers.