Ainscough and J Murphy & Sons team up for bridge reconstruction

In partnership with J Murphy & Sons, Ainscough Crane Hire has replaced a bridge at Warrington Bank Quay station in the UK. 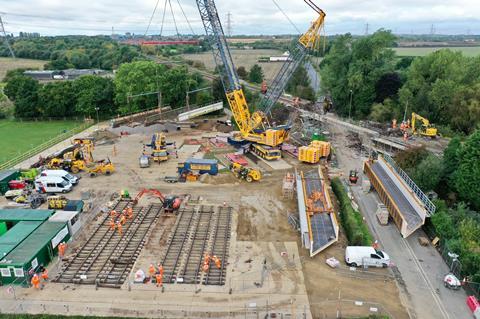 The work formed part of Network Rail’s GBP2.85 million (USD3.88 million) Great North Rail project, which includes a series of upgrades to the railway network across the north of England.

Each u-deck weighed 146 tonnes and had an overall span length of 24.6 m. These were some of the largest non-standard u-decks constructed in recent times, said Ainscough.