Al Faris has transported 19 oversized cargoes a distance of 150 km to support the expansion of a crude oil production facility in Abu Dhabi. 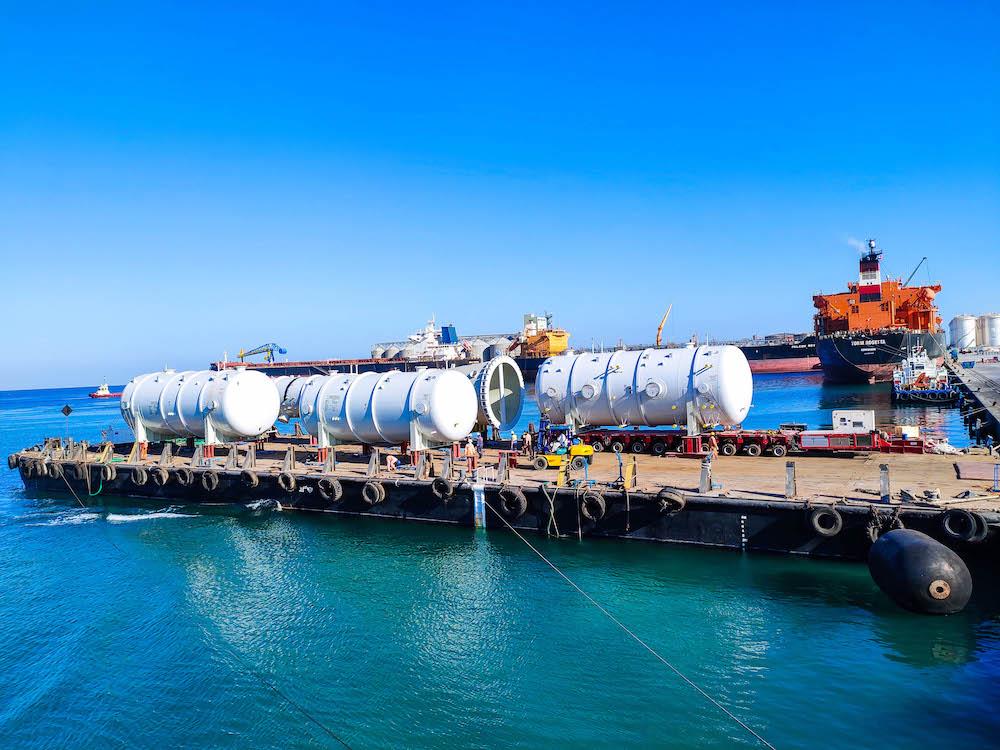 The project was completed over a period of three months and included the movement of a 293-tonne first stage separator; 210-tonne slug catchers; 141-tonne stripper columns; and a second stage separator, weighing 130 tonnes.

The cargoes were shipped from the ports of Hamriyah and Jebel Ali to Mussafah port, where Al Faris coordinated the offloading operations and land transport to the project site.

All road surveys, permit approvals, execution plans and schedules were prepared in-house prior to job execution. This, according to Al Faris, helped organise all activities with minimum delays. 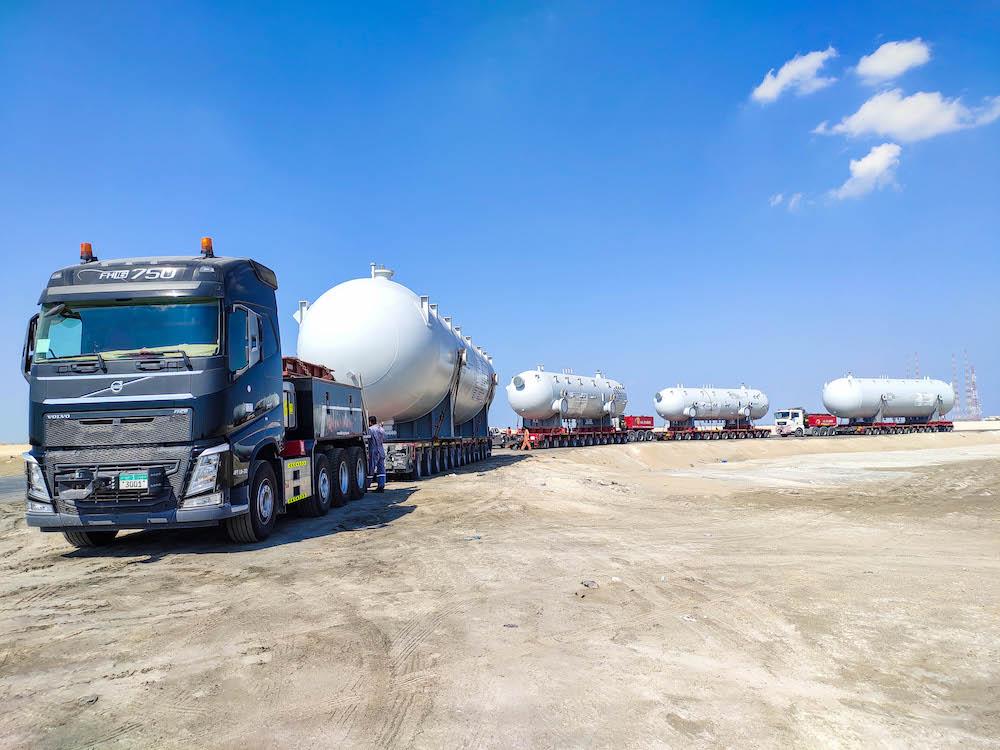 After careful consideration and study of the loads, Al Faris decided to utilise a Goldhofer hydraulic multi-axle and self-propelled trailers for the road transport and its Liebherr 1,000-tonne, 600-tonne and 400-tonne capacity crawler cranes for offloading at the project site.

One of the main challenges of the transport was crossing Abu Dhabi National Oil Company (ADNOC) gas pipelines situated 2 m beneath ground level. After gaining approval from the Department of Transport and Abu Dhabi Municipality (ADM), Al Faris manoeuvred the convoys over the pipelines while maintaining an axle load of less than 8 tonnes per axle.

For the heaviest load – the 293-tonne first stage separator – 68 axle lines were used for the crossing.

Another challenge, according to Al Faris, involved crossing over railway tracks. The company conducted an engineering study and proposed a solution that involved the fabrication of a temporary steel bridge. This phase of the project – the bridge installation, crossing of four cargoes, and removal of the bridge – had to be completed in six hours.