Al Faris has loaded, transported and discharged a tugboat and pontoons for the Hatta pumped storage hydro power plant (PSHPP) project in the UAE. 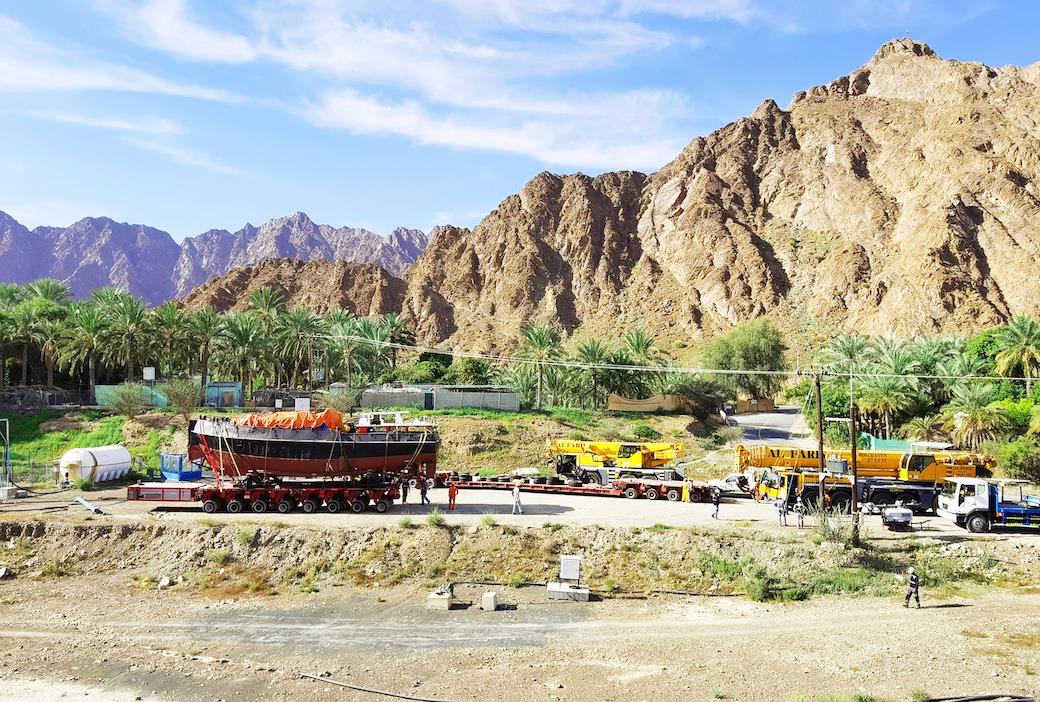 As part of the Dubai Clean Energy Strategy 2050, this 250 MW project, which according to Al Faris the first of its kind in the Middle East Gulf, will use and store water from the existing Hatta dam for generating electricity during peak demand periods.

Al Faris provided its client with a complete solution for loading these cargoes at the customer’s shipping yard in Hamriyah port, Sharjah to a location near Hatta Dam and then onto the Hatta jetty.

The loads were transported up and down the mountainous region, tackling steep angles of up to 23 degrees uphill and 24 degrees downhill. The company had to avoid overhead power lines and negotiate extremely narrow turns and roads. The heaviest load weighed 56 tonnes.

According to Al Faris: “The transportation was critical in nature due to steep slopes and uneven roads, which required specialised techniques, equipment and experienced staff.”

For instance, during transportation at the jetty, the loose gravel at the slopes had to be cleaned and compacted at the time of transportation to avoid sliding of the transport vehicle. The clearance between the load and the rock was 10 cm.

For the project, Al Faris used Goldhofer hydraulic multi-axle and self-propelled trailers as well as Liebherr 100-tonne capacity and 250-tonne capacity mobile cranes for the offloading operations at the various locations.