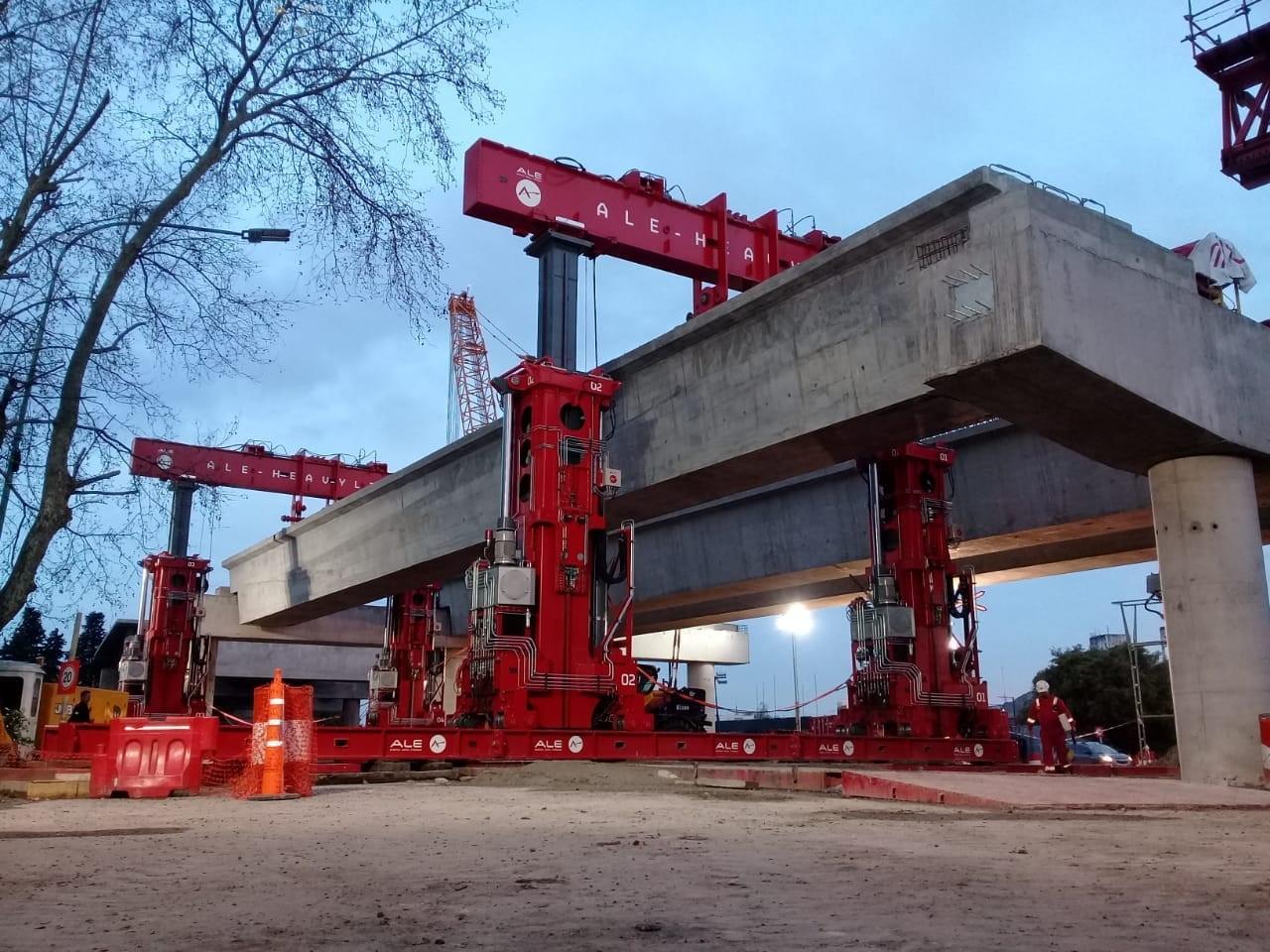 While 534 girders are being installed using a girder launcher, ALE had to find an alternative solution to install four of the sections, as the space between two of the piles was larger than the typical spans the girder is capable of reaching.

The gantry system was also able to spread the weight of the load, which minimised the impact on the ground settlements and avoided damaging an underground gas pipe that was located beneath the project site.

So far, ALE has installed 58 girder sections for the new viaduct, which will measure over 5 km long and connect the Palermo and La Paternal neighbourhoods of Buenos Aires.