ALE has utilised its Mega Jack 300 to lift pipe rack modules of varying weights and sizes for the Al Zour Refinery Project EPC 2 and 3 in Kuwait. 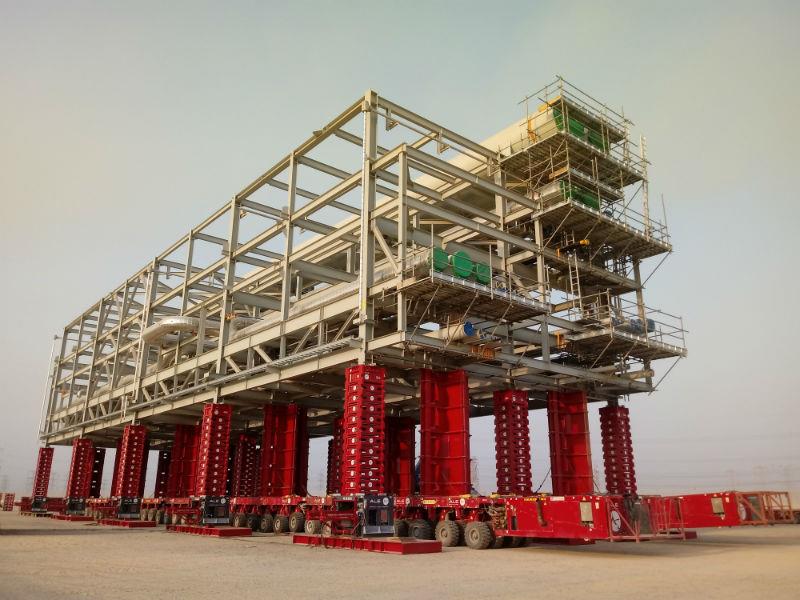 As part of the project, ALE is receiving pre-assembled pipe rack modules from barges at the project’s construction dock. The modules are subsequently transported 4 km on SPMTs to a staging area.

Once at the staging area, the modules are lifted to various heights using the Mega Jack 300, which features 300-tonne capacity towers.

A total of 188 modules will be delivered to the site, with some components measuring up to 40 m in length and weighing up to 2,100 tonnes.

According to ALE, the components of the Mega Jack 300 system are both compact and easy to handle on site, meaning that re-configurations are made in as little time as possible. In addition, during the development phase, ALE was able to reduce the jacking time for the operations to approximately one or two hours.