ALE has transported three oversized units from the port of Laem Chabang, Thailand to Laos on behalf of Hansa Meyer Global Transport. 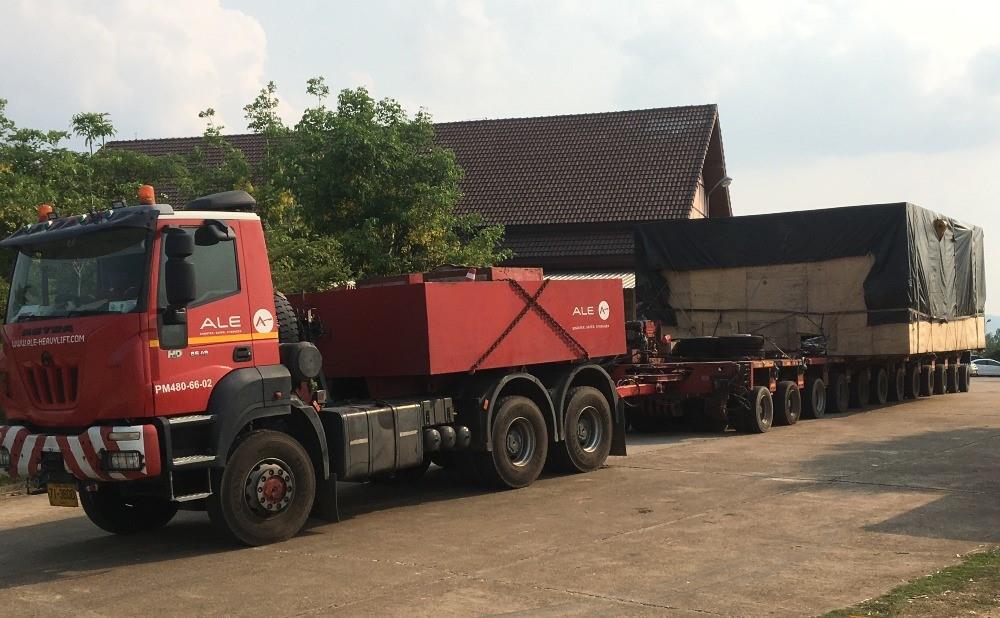 Two modules, weighing 88 tonnes each, and a 66-tonne unit were transported approximately 1,000 km by road to Thailand’s border with Laos on the Mekong River. For the transport, ALE deployed 48 axle lines of trailers along with five ballast tractors to pull each abnormal load.

Once at the border, ALE arranged for a local barge supplier to move the units into Laos along the river before they were transported to a hydroelectric power plant site. As part of ALE’s project scope, the engineered transport provider arranged a third-party marine warranty surveyor (MWS) and non-destructive testing (NDT) to verify the barge’s suitability.

Over the coming year approximately 166 modules will be moved along the same route for the project, including two 235-tonne transformers.