ALE has completed the offshore skidding of a satellite platform topside, weighing 2,565 tonnes, for the Korchagin oil field development project in Russia. 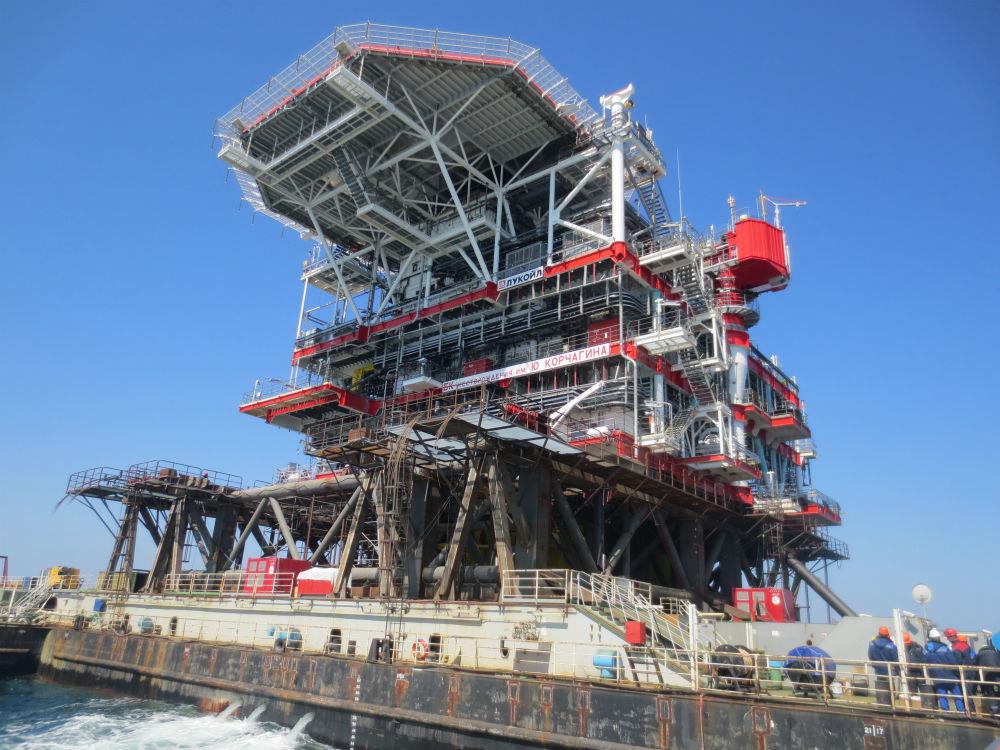 ALE was contracted to perform the weighing, jacking and load-out of the topside, as well as the mooring and ballast supervision for the load-out operation in Astrakhan.

The first phase of the project began in November 2017. It involved jacking the topside to 1.5 m and weighing it so the client could integrate skid beams in between the topside and the support frame underneath, as HLPFI reported here.

The next phase involved the skidding of the topside on to the substructure during the float-over operations in the Caspian Sea, which ALE completed in April using eight strand jacks and 300-tonne capacity breakout jacks.

The topside was skidded off the barge onto a cantilever frame and installed using a float-over method.

David Le Masurier, project engineer at ALE’s offshore services division, explained: “This methodology was unique and posed many challenges, largely in terms of controlling the barge’s heel during the transverse skidding.

“We skidded in stages to control the heel motion of the barge, stopping the skidding operation and holding the topside in position while the barge was ballasted to keep a positive heel at all times.”