ALE has completed a 3,400 km overland delivery in Kazakhstan – the longest road haul the company has performed in the country. 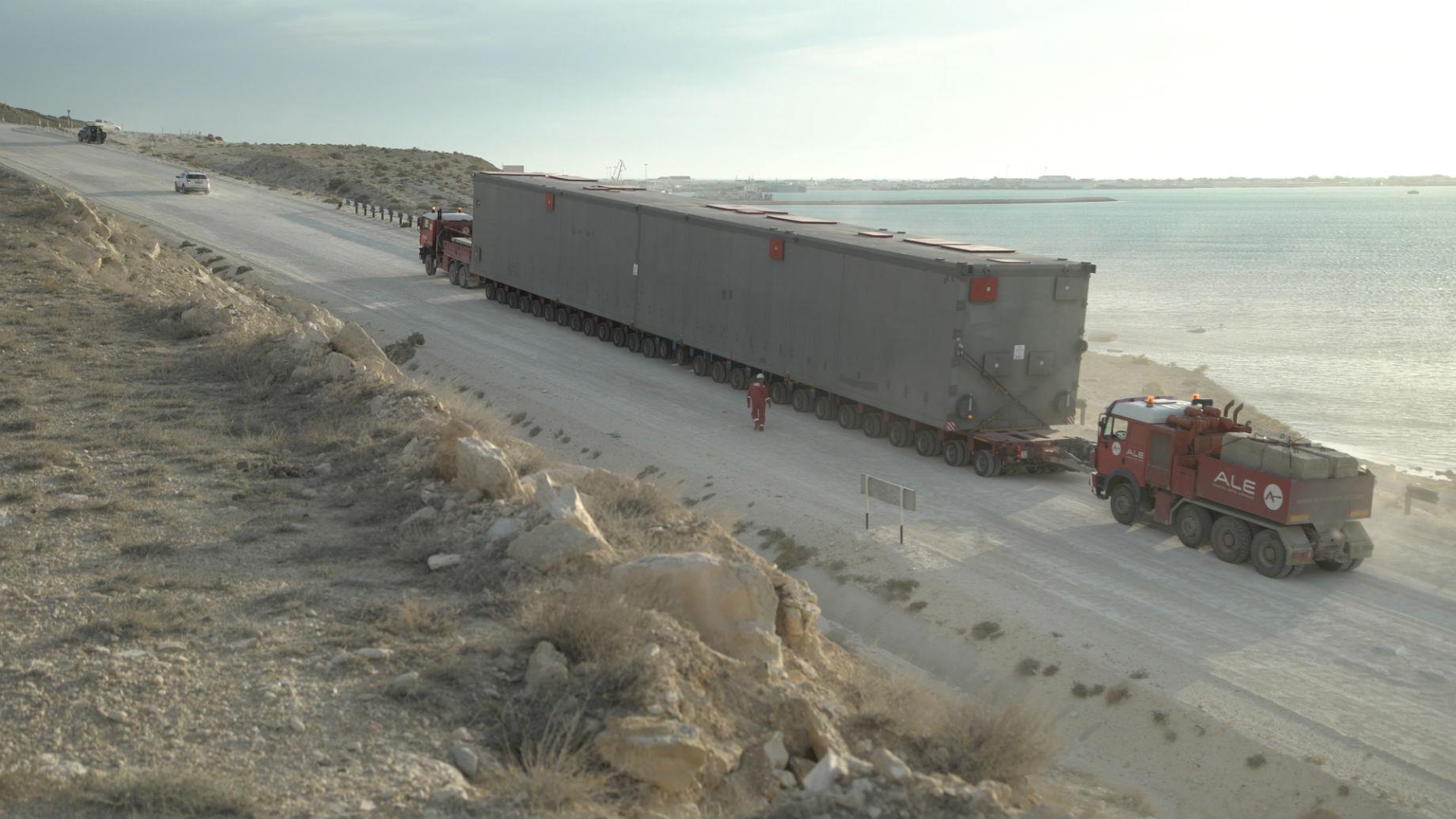 Five out-of-gauge (OOG) items, the longest measuring 42 m in length and heaviest weighing 150 tonnes, were delivered from the port of Bautino to a steel plant located in Temirtau.

The transport and heavy lift specialist used 750-tonne capacity cranes to load each OOG component onto 26 axles lines of self-propelled trailers. In order to save costs, the five combinations moved as a single convoy across Kazakhstan.

Extensive preparations began six months in advance of the road haul; ALE was tasked with performing were road surveys, engineering calculations as well as liaising with local authorities. More than 100 bridges required inspection, some of which were reinforced ahead the project. Some bridges needed to be avoided entirely – in these cases ALE built temporary side-roads to bypass the structures.

According to ALE the road conditions were icy and difficult, as temperatures dropped to -30°C. Road gradients at some points of the route hit 14 percent.

This hugely complex project was completed safely, over the course of 75 days and nights.