Barnhart Crane and Rigging recently transported its sixth water runner destined for a hydroelectric power plant in Michigan, completing a project that started in 2013. 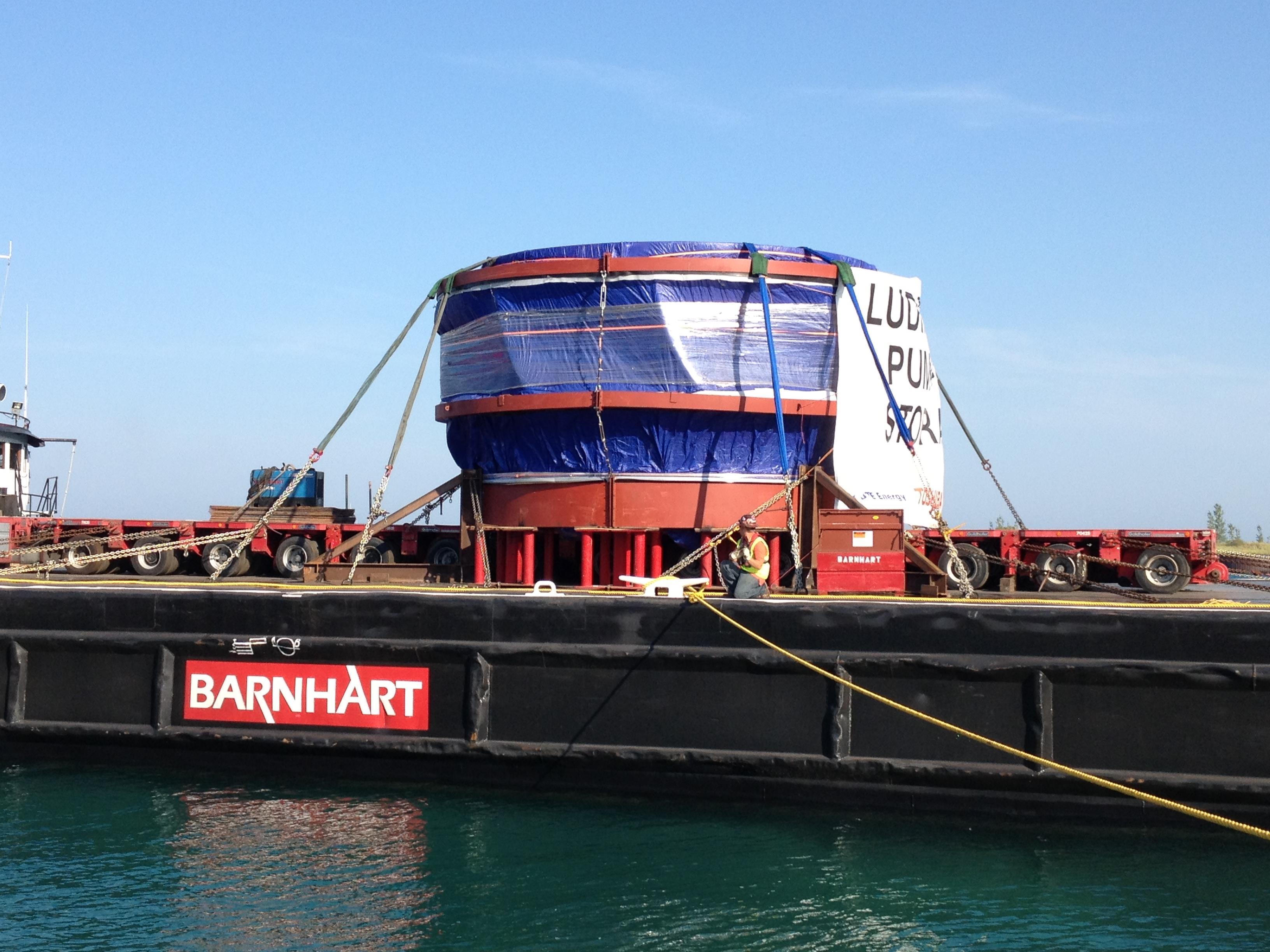 Barnhart’s scope of work included transporting the components from the port of New Orleans to the final destination, where Barnhart personnel staged them in preparation for installation. The company transported one water runner per year from 2013 to 2018.

Arriving by heavy lift vessel from Shanghai, China, the water runners and wearing rings were offloaded using the vessel’s cranes to a hopper barge for transport to the port of Chicago. A hopper barge was used to overcome a height restriction at the Lemont bridge on Illinois’ Des Plaines River.

Utilising a Demag TC3000 truck crane with 42 m-long main boom, the cargo was transloaded on to a Barnhart deck barge at Chicago, which passed Lake Michigan en route to the pumped storage power plant site.

The components were rolled off using a 14-axle line single-wide PSTe trailer combination from Goldhofer and delivered under-the-hook of a gantry crane, where they were offloaded and staged.