Barrus Projects has transported a 1,100-ton (997.9-tonne) autoclave from the port of Antwerp in Belgium to the port of De-Kastri in Russia. 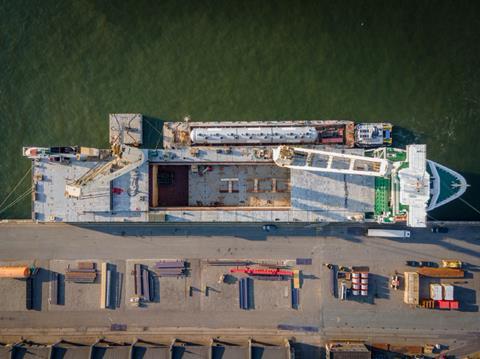 According to Barrus, the autoclave, which measured 50 m long with a 6 m diameter, is the largest autoclave in the gold mining industry. It is intended for Polymetal’s Amursk hydrometallurgical plant.

Key Point Logistics contracted Barrus for the move. Both companies have been working with the autoclave manufacturer for two years to prepare for the project, including designing and locating transport saddles. Barrus and Key Point also advised on the placement of pressure sensors and additional equipment to prepare the autoclave for installation.

The shipper was responsible for the first phase of the project – the transport of the cargo from the COEK Engineering manufacturing plant in Geel (Belgium) to the Katoen Natie terminal at the port of Antwerp.

From there, the shipment was loaded onboard SAL Heavy Lift’s vessel Svenja. Barrus was responsible for the organisation of the loading of the autoclave and components, and the seafastening of the units for voyage.

The heavy lift ship then departed the port of Antwerp and navigated along the Suez Canal to reach the port of De-Kastri in 30 days.

Barrus added that it organised additional British paramilitary security, which was onboard the vessel, for the transit between the port of Djibouti and the port of Colombo.