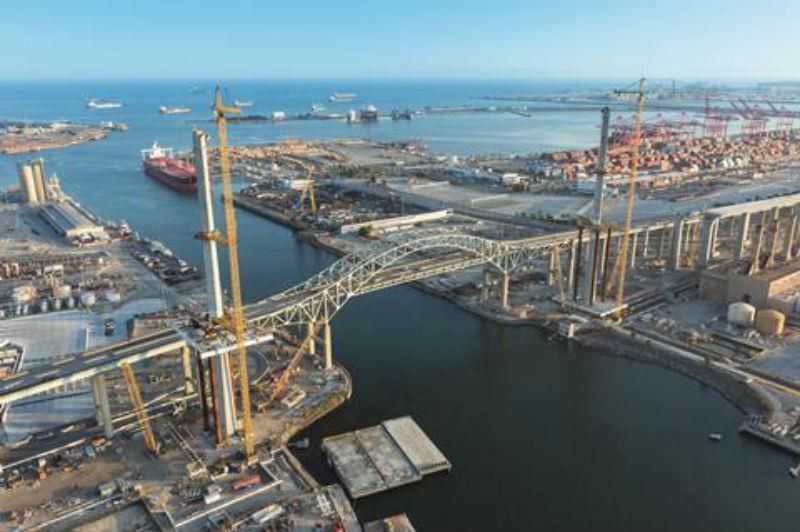 “It would have been impractical to use a crane given the size and weight of the pier table,” said John Levintini, projects operations manager at Bigge Crane and Rigging.

Instead, Enerpac’s strand jacks were synchronised to ensure all lifting positions were raised simultaneously and the steel framework pier tables remained balanced.

Enerpac’s SCC control system allowed the entire lift to be managed by a single operator.

Levintini said that while the lift itself was straightforward, manoeuvring each pier table into its final resting position was “a delicate operation – the final alignment was co-ordinated with the strand jack and visual feedback by engineers on the piers”.

With the east and west towers’ pier tables in position, the first cable strands have now been installed. A temporary framework remains in place around each tower – but once this has been removed, cranes will be lifted onto both pier tables to enable the balanced-cantilever construction of the main span.

On completion in 2019, the bridge will span the port of Long Beach’s Back Channel and – with the highest vertical clearance of any cable-stayed bridge in the USA – will be high enough to accommodate the latest generation of container ships.