Crew boat gets lift from Barnhart 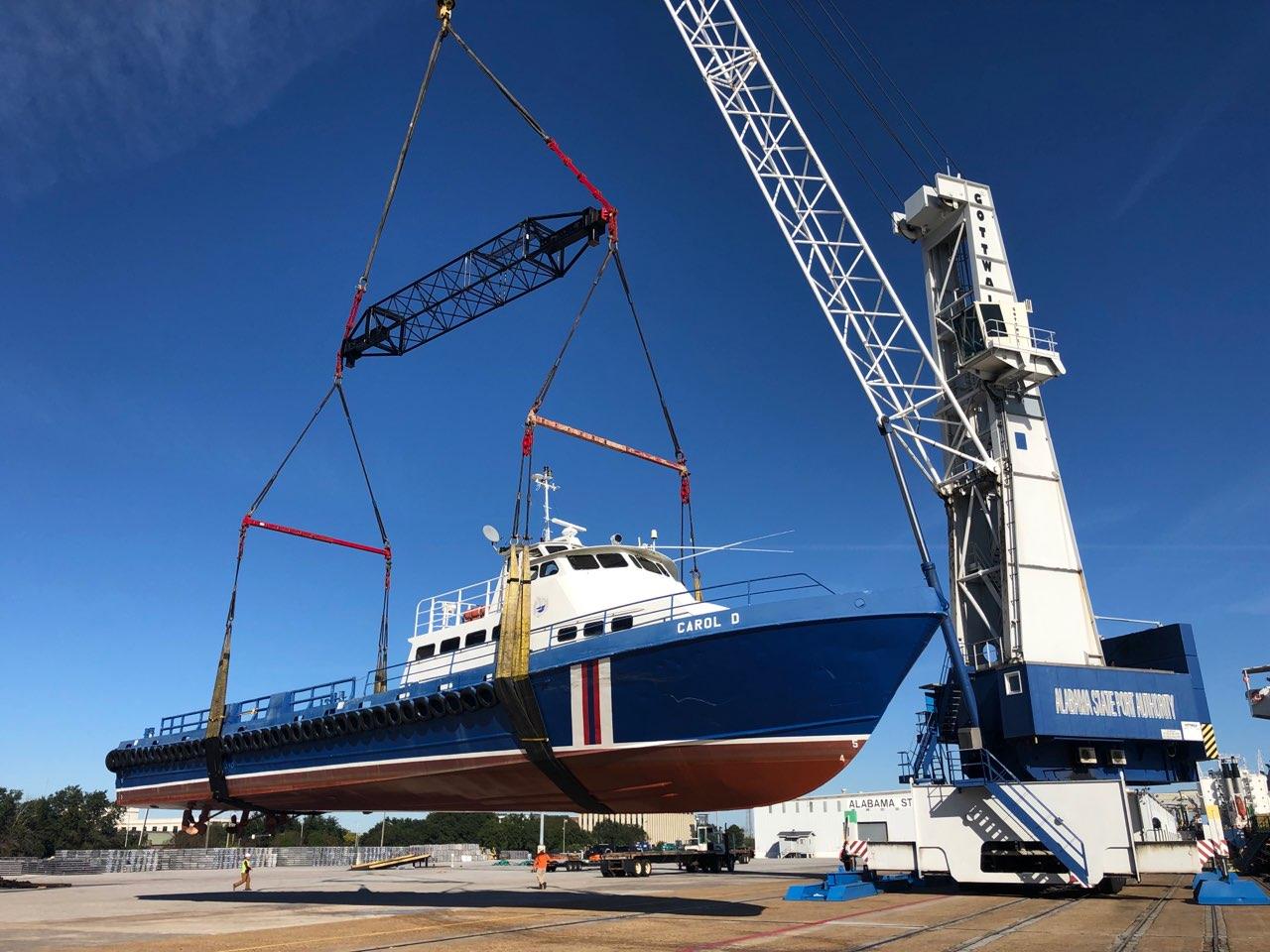 The boat had arrived at the Alabama State Port Authority facilities in Mobile from Panama City, Florida. Weighing 189,377 lbs (86 tonnes), the boat needed to be lifted from the water and loaded onto a ship for onward transportation to Aruba.

The Barnhart team developed a customised rigging plan for the lift. To compensate for the offset centre of gravity, the riggers used Barnhart’s adjustable rigging link system (ARLS), which can be adjusted by two-inch increments, while bespoke 55-ton (50-tonne) sling doublers prevented the lifting straps from doubling over on themselves, said Barnhart. The rigging plan included a configuration of spreader bars and a lattice boom spreader bar.

Using the Alabama State Port Authority’s Gottwald crane, the crew boat was lifted out of the water and transferred to Oslo Bulk 7, which is operated by Oslo Caribbean Carrier.