D. Turner & Son has used an Enerpac skidding system to move four 16-ton (14.5-tonne) transformers in and out of a building in London, UK. 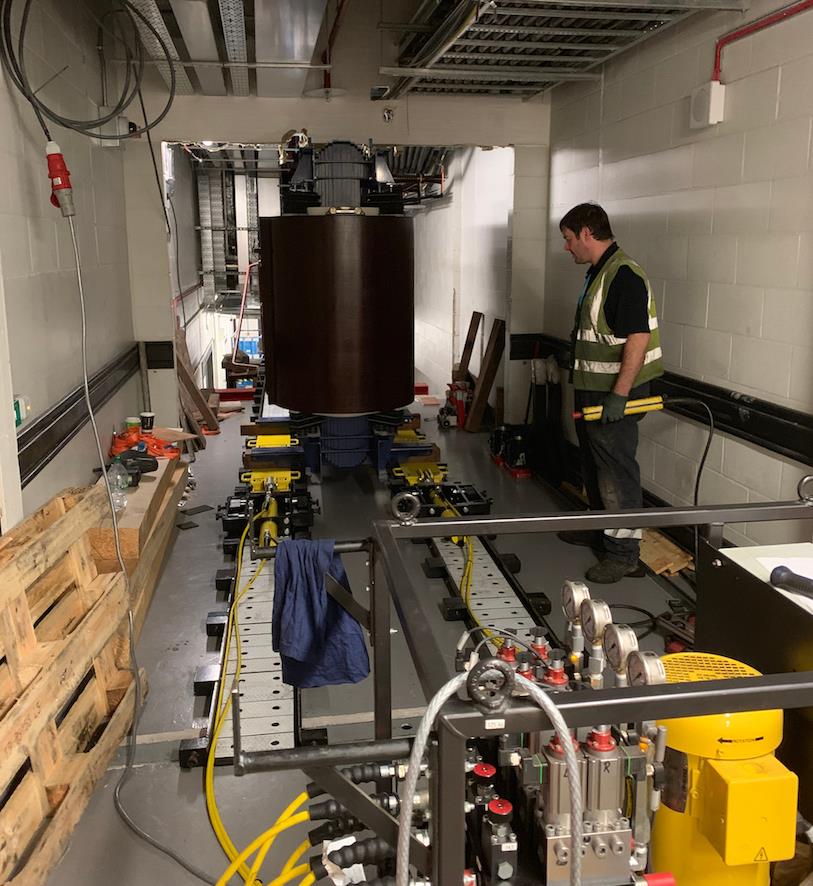 D. Turner & Son was tasked with the replacement of two transformers located in the building’s basement. Access to the equipment involved negotiating a 3 m drop.

The Lancashire-based company used a platform supported on spreader beams and Enerpac climbing jacks and cribbing to raise and lower the transformers.

Measuring 4 m x 2.2 m x 1.8 m, the units were then moved along an access corridor on an Enerpac LH400 skidding system.