UK-headquartered ALE has started delivering and installing components for the Dhofar wind farm, located in Oman. 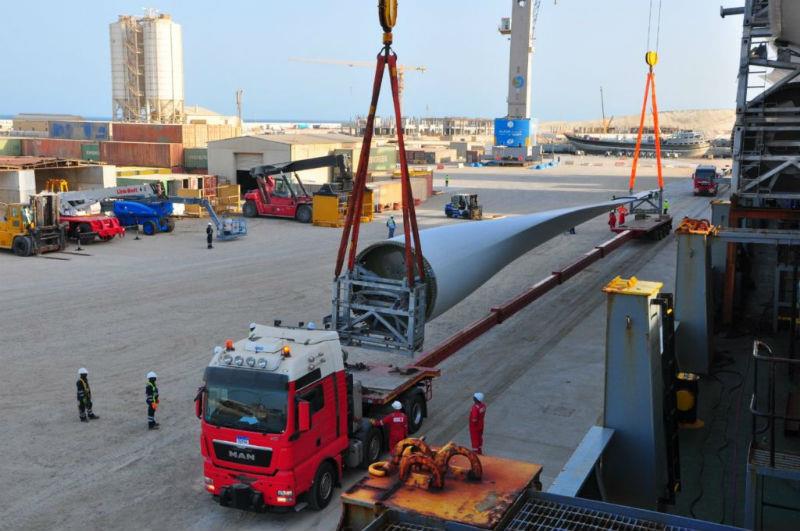 ALE’s role in the project includes receiving, transporting and installing 13 wind turbine generators, comprising almost 100 individual components. The cargoes are being delivered to the port of Duqm and stored at a nearby laydown area.

The components, the longest of which measure 65 m in length, with the heaviest tipping the scales at 100 tonnes, are then transported 590 km overland to the final project site under police escort.

The transportation and installation phase of the project should be completed by February 2019.

The Dhofar project is the first large-scale wind farm to be developed in Oman. Masdar, a renewable energy company based in Abu Dhabi, signed a turnkey engineering and construction contract during 2017 with a consortium of TSK and General Electric to build the 50 MW project.