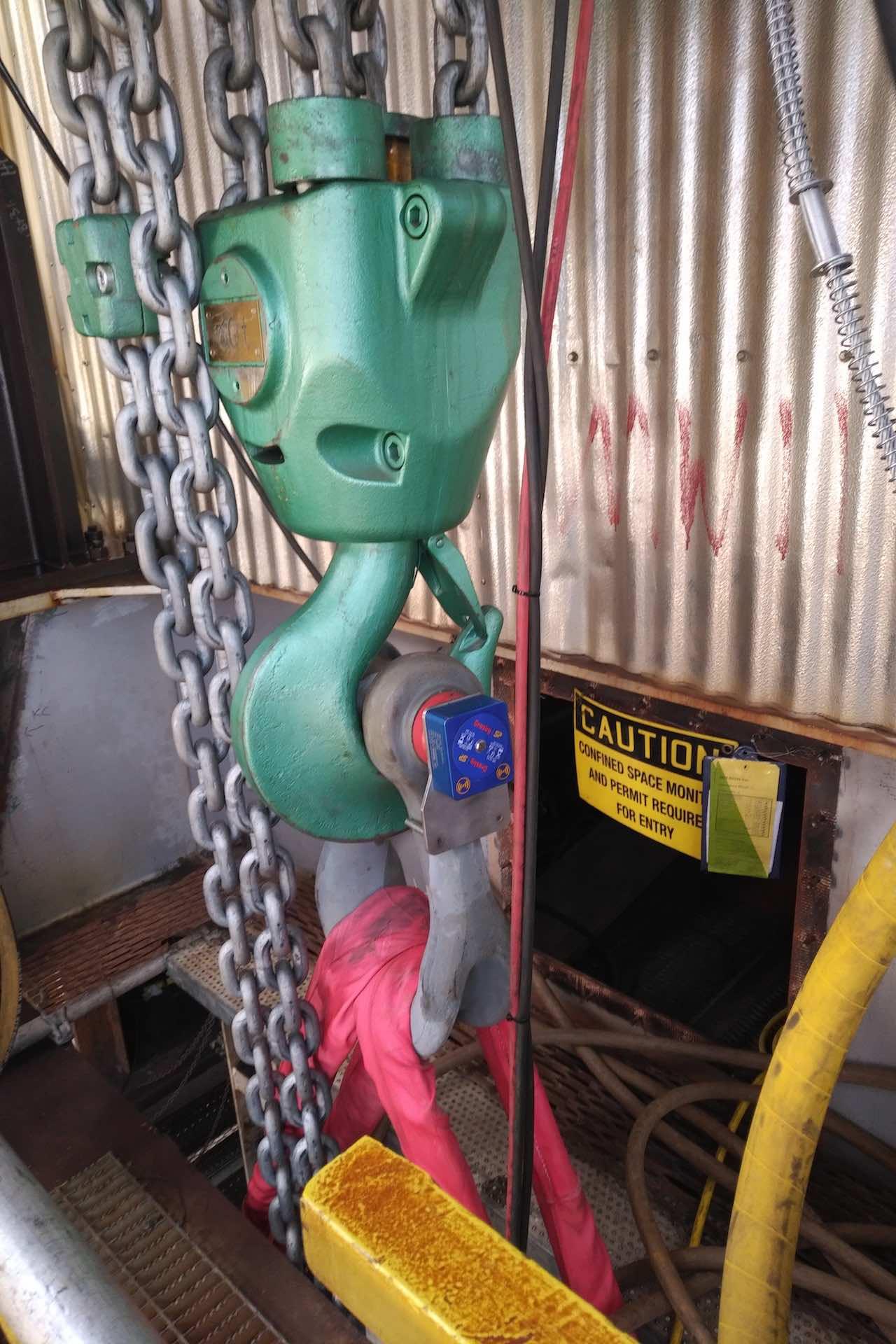 The work, completed in September, was carried out on behalf of Edmonton Exchanger & Refinery Services, which provides on-site plant maintenance services for the petrochemical industry, refineries and fertiliser plants.

The two existing 58-tonne exchangers had to be lowered and replaced with new ones – which weighed 75 tonnes and measured 3 m wide and 9.1-12.2 m in length.

Two hoists and two shackles were used to lower and lift each exchanger. Straightpoint said the bobbins on the 125-tonne capacity load cells were modified to accept the lower hook of the 60-tonne capacity hoists.

In addition, each pair of load cells was connected wirelessly to a Toughbook Notepad, enabling real-time feedback concerning the lift.

Dave Kisel, director of sales at Equipment Corps, said: “Two approaches were being investigated when we were contacted; the other was a winch configuration. The air hoist option was deemed the best once the complete scope and design was understood. In addition, it was considered critical that the load capacities needed to be known exactly, which dictated the use of load monitoring technology.”