Italian heavy logistics specialist Fagioli has carried out a lengthening operation of a 135 m-long cruise ship in Palermo. 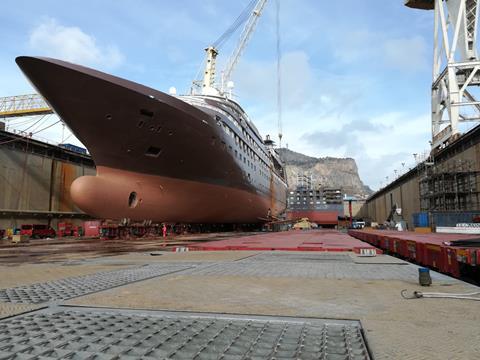 Fagioli deployed 1,000-ton (907.2-tonne) capacity skid shoes, which had been previously positioned under the ship, to move the bow approximately 20 m.

Once in position, the bow was brought back and centred to complete the final assembly of the ship, executed by Fagioli’s client.