Fesco has handled the delivery of 1,742 tons (1,580.3 tonnes) of heavy-duty machinery to the construction site of Novatek’s Kola Shipyard in Belokamenka, in the Russian city of Murmansk. 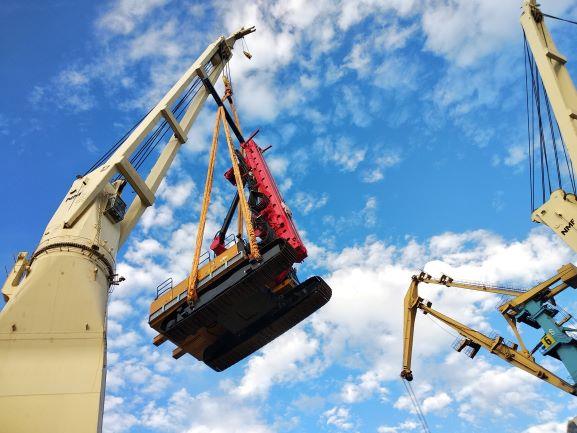 Components included drilling rigs and tracked and wheeled mobile cranes, as well as ancillary equipment. The heaviest units, weighing between 34 and 78 tons (30.8 and 70.8 tonnes) each, were transported using a barge and rail platform, while the remaining cargoes were delivered by road.

Fesco unloaded the equipment in the port of Murmansk and was responsible for the Customs clearance of the units.

Once completed, the Kola Shipyard will be used for the construction of large-scale marine structures. According to Fesco, the first structures manufactured at the facility will be LNG's modules for the Arctic LNG-2 project.

Fesco Transportation Group has also signed a contract with the National Centre for Polar and Ocean Research (NCPOR, Ministry of Earth Sciences, Government of India) for supplying the Indian research stations in Antarctica in 2019.

The shipping line's icebreaking ship Vasiliy Golovnin will deliver general cargo, food products, and fuel to the Indian Antarctic stations Bharati and Maitri, with NCPOR scientists also joining the vessel to carry out scientific activities in the polar region.

Vasiliy Golovnin will start its Antarctic voyage from the port of Cape Town, South Africa in January 2019.